Kenya among 100 cities P Square set to perform in

• Legendary music duo, Peter and Paul Okoye have announced plans to perform in Kenya in the near future.

• This will be the first time the duo will be doing a tour since they reconciled late last year after years of feuding. 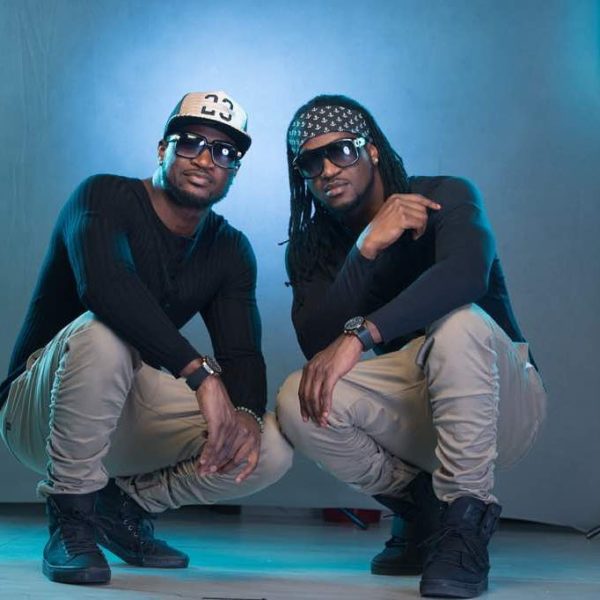 In a video seen by Mpasho, the 'Do Me' hit makers announced that they were embarking on a tour to 100 cities all over the world with Kenya and Tanzania among the countries they will be performing in.

"We are doing a 100 cities worldwide OK? You know what? Kenya, Tanzania all of East Africa, London, United States. Name it, we are gonna be performing all over the world," said the duo.

This will be the first time the duo will be doing a tour since they reconciled late last year after years of feuding.

P Square treated fans to their first live performance weeks after reuniting days back in November in a show held in Sierra Leone where they performed their hit songs like 'Do me'.

Prior to their Sierra Leone performance, put together a special 3-hour reunion concert at the Livespot Festival.

To mark a special reunion, Peter and Paul celebrated their 40th birthday together before announcing that they were planning to embark on a world tour.

Mr. P was previously in Kenya for a show while his brother Rude Boy was also in the country for Coke Studio.

When asked how they made up, Mr. P said it was a healing process. "It was unplanned."

He never wanted to disclose who walked up to who to reconcile.

“Not like we don’t still have Rudeboy and Mr. P, but it is a triple dose. Just enjoy the triple dose, enjoy the moment. Trying to figure out who or how you don’t need that.”

On what caused their separation, Mr. P hinted that it was because of their management. The brothers were being managed by their brother Jude Okoye.

"The management needs to go," he tweeted.

P-Square member, Peter Okoye aka Mr. P, is in hospital a few days before he and his brother are set to headline their first show since they ...
Entertainment
6 months ago

P-Square has announced plans to embark on a world tour.
Entertainment
7 months ago

P-Square brothers Peter and Paul Okoye have ended their beef. The two were seen in a viral video hugging and catching up during their birthday ...
Entertainment
7 months ago