Celebrities whose music albums we can't miss on our playlist

• Beyonce is set to release 'Renaissance out' which will be her 7th album. 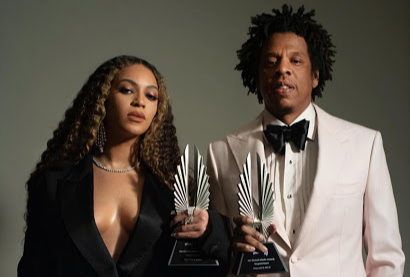 Beyonce and her husband Jay Z

It's been a while for some artists to release music; Rihanna was to release an album in 2019 and her fans are still waiting on her.

Other artists don’t seem to rest as they are always in the studio working on new sounds to keep their fans entertained.

Here are some of the artists who will have new albums out this year.

The Queen is coming, Beyonce has been quiet for a while and her fans were starting to worry about her releasing music.

She announced on her social media platforms that she’ll have a new album Renaissance out; this being her seventh album.

Last night she released a new single ‘Break my soul’, the reaction on social media was wild and her fans seem to enjoy the song. The album will b out on July 29.

Chris Brown finally announced the date of release of his new album ‘Breezy’; the album will be out on the 24th of July.

He posted on his Instagram informing his fans across the world of the artist that he’ll feature in his tenth album.

Some of the artists to expect to hear on the album are; Fivio foreign, Wizkid, Jack Harlow, Tory lanez, Ella Mai, Lil Wayne, and Anderson.Paak,Blxst, Yung Bleu and Estgee.

YBN fans have been craving some new music, the artist has been a favorite for so many since his last project that topped the Billboard charts without any celebrity's features.

The album ‘The Last Slimeto’ is his fourth album that is a follow-up of his joint mixtape with Dababy ‘Better Than You’.

He teased that The Last Slimeto will be released on August 15 this year.

The African Giant is how Burna Boy is referred to after winning a Grammy for his album Twice as Tall which was produced by Diddy.

Burna Boy released a new single ‘Last Last’ that was a Toni Braxton sample of ‘He wasn’t man enough’ that will be in the album.

His sixth album ‘Love Damini’ will be released on the 30th of June ahead of his 31st birthday. He says the album will be a reflection of who he is and where he comes from.

Lizzo a controversial artist has been in the tabloids for scandals about her music and personal life. This time she’s going to be releasing a new album ‘Special’ which is her fourth studio and will be released on the 15th of July.

She has released a few singles ‘About Damn Time’ and ‘Grrls’. The single ‘Grrls’ caused a frenzy on social media due to the lyrics; the disability advocates viewed the word ‘Spaz’ that was used in the lyrics as an offensive Albeist slur.

Given The Los Angeles native Giveon is set to release his album ‘Give or Take’ which comes two years later after his last project.

The album will be out on the 24th of June; Given posted a cover of his album on his Instagram standing in front of a building at night. The track list has not yet been released as we await the release.

“Upon meeting him, I mentioned to him that I had my eyes set on collaborating with Rick Ross, and he immediately made a phone call..." King Kanja.
Entertainment
3 weeks ago

Davido: I asked Nicki Minaj for a collabo through her DM

Davido charges American artists a whooping Sh8 million for a collaboration.
Entertainment
4 weeks ago
WATCH: For the latest videos on entertainment stories