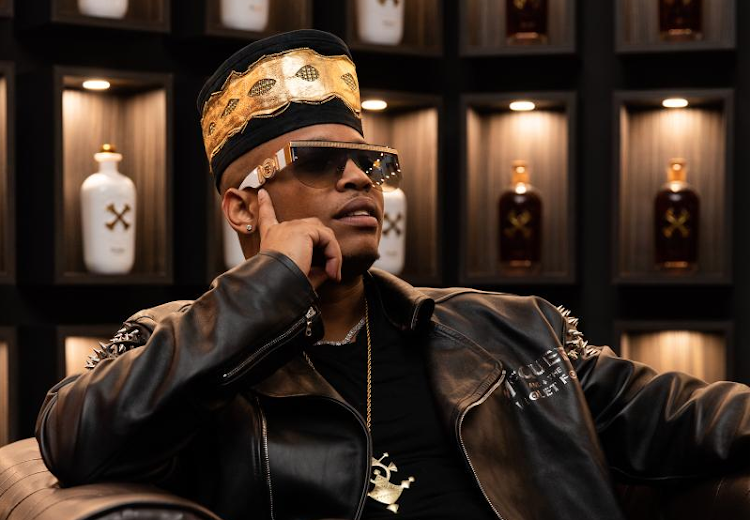 Multi-faceted U.S based Kenyan artist King Kanja is known for making major moves. He recently shut down a sold-out show in Lusaka, Zambia alongside Bobby V and Rotimi, US music acts and his close associates.

Throughout the years,  his acquired high level of music business IQ has enabled him to successfully run his label imprint, King Kanja Empire and also partner with accomplished brands that suit his image and brand such as Luc Belaire.

To top this up, he recently met with Mr Brett Berish–the president and CEO of Sovereign Brands at the New York headquarters office.

Mr. Berish self-made success has informed his company’s values, culture and celebrity partnerships, culminating in sovereign’s prolific marketing campaign “Self Made Tastes Better”, which includes a series of interviews hosted by Brett alongside some of the world’s biggest celebrities, from recording artists to athletes, actors, TV personalities and influencers – all of whom are also confirmed fans of Sovereign’s brands.

King Kanja is confirmed to soon do a ‘self-made’ interview with the CEO. Brett Berish revealed to Kanja, “Africa is key for me as I want to support artists and connect them with our international artists family as I want to see more collaborations this way. We want to do huge things in Africa!”

The meeting with Mr. Berish was an eye-opener to Kanja who got to have a personal connection with him and says, “He is a great guy, with great energy and has a strong passion and connection with Africa. He is also a generous human that is eager to help one reach whatever goal they want.”

He adds, “Upon meeting him, I mentioned to him that I had my eyes set on collaborating with Rick Ross, and he immediately made a phone call to try and make it happen. A few days later after meeting with Brett, I was able to meet Rick Ross the following weekend in Tampa, Florida where I was doing a show with Bobby V and coincidentally he was on the same line-up for an outdoor concert. Nothing is concrete, but a big collaboration is in the works. We’ll see what happens.”

His discography has consistently grown over the past years, having released two successful EPs: VIBES (2017) and MUCHOKI (2019)

One of the lead singles off the upcoming project is “Because of You” produced by Houston-based Kenyan producer Giggz who recorded Tems’ part for “Essence” collaboration with Wizkid.

The official music video was shot in Miami and at the Belaire HQ in New York City.

Hamisa says she does not know whether her exes wanting her back is a good or a bad thing.
Entertainment
3 weeks ago

Why Rick Ross wants to meet the Angolan president

Rick Ross was filmed on a tour of the slums where he went to a local Kinyozi in the country's city, Luanda, to get a haircut.
Politics
2 months ago
WATCH: For the latest videos on entertainment stories