• Makena Njeri is one of the biggest LGBTQ activist in Kenya at the moment. 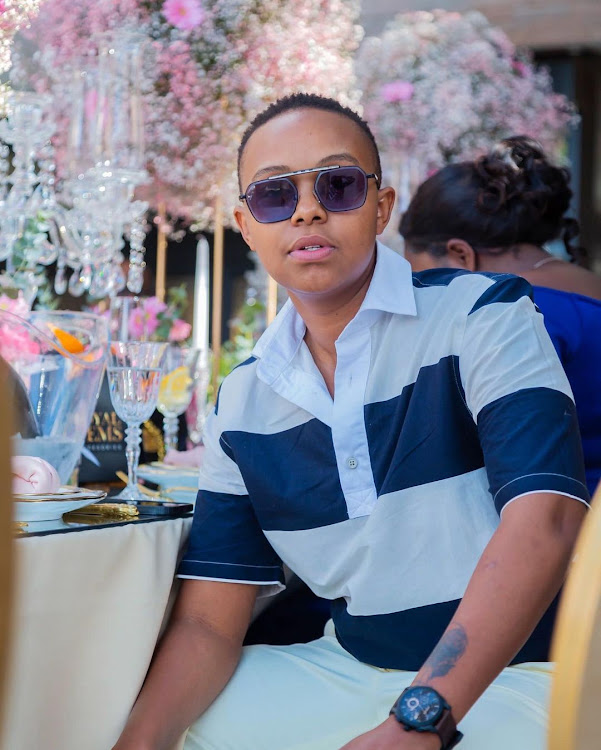 Yesterday, Makena Njeri hit out at a certain radio station. Reason? The website which shall remain unnamed for certain unnamed reasons had referred to Makena as 'she' and not in Makena's preferred pronouns 'they/them'.

Makena's Instastory read, "In other news please Kenyan blogs. Get my pronouns right (They/Them). Thank you let's keep learning together."

Makena came out as non-binary when she revealed that she was a gay woman in May last year. Marini Natural's which was founded by a former lover, Michelle Ntalami made sure they celebrated Makena after her bold declaration.

Who is a Nonbinary Person?

Q4queer.wordpress.com/ which is a blog written by a Kenyan called, Mx. Audi had a fantastic explanation for what the term non-binary means.

This is someone whose gender identity is not exclusively man or woman. They may identify as having two or more genders, having no gender, moving between genders or having a fluctuating gender identity (genderfluid), or being third gender or other-gendered.

No, It’s Not the Same Thing as Intersex

There is s*x which refers to the biological attributes of a person i.e., chromosomes, gene expression, hormone levels and function, and reproductive/sexual anatomy, and is usually categorized as female, male or intersex. Then, there is gender identity which refers to an individual’s internal sense of oneself as man, woman or nonbinary. Intersex is s*x while nonbinary is a gender identity.

No, It’s Not a S*xual Orientation

S*xual orientation refers to heteros*xuality, homos*xuality, bise*xuality, pans*xuality, etc. Basically, it is an individual’s enduring pattern of romantic and/or s*xual attraction to persons of another s*x or gender, the same s*x or gender, or to all sexes or more than one gender.

While nonbinary, once again, is a gender identity. And like men and women, nonbinary persons also have sexual orientations.

"We marched for justice and we won’t stop marching for justice even when our hearts bleed in pain." - Makena Njeri
Entertainment
4 weeks ago

Makena Njeri confirms she is not dating, focused on loving herself

Makena says she is healing
Entertainment
1 month ago
WATCH: For the latest videos on entertainment stories