Paula has blocked her mother, who has also unfollowed Rayvanny after reuniting with Harmonize

•Fridah has forgiven Harmonize so she doesn't hold onto negative energy 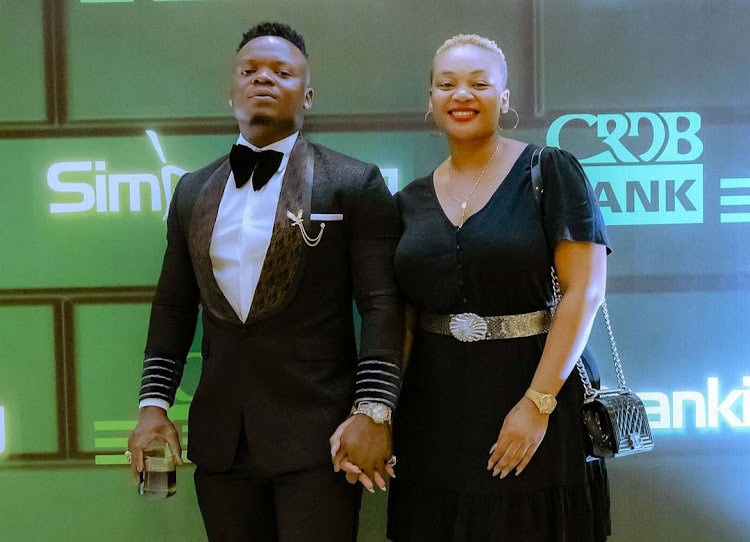 Harmonize with Kajala in a file photo
Image: Instagram

The only daughter of Tanzanian actresss Fridah Kajala is unhappy with her mother.

The teen Paula has told that she is blocking her mother on social media for going back to ex Harmonize.

They fell outt in 2021 after Rayvanny leaked his nudes.

Rayvanny even leaked Harmonize’s private chats with Paula Kajala, and told him to ask for forgiveness from the public for embarrassing himself by sending n*des to Paula.

Harmonize has for over a month been trying to get back with Fridah. He began his attempts last month, putting up a billboard gushing over her.

He later started buying lavish items to woo her back. He even penned multiple apologies.

"I can't sleep because I'm thinking about you. I have been starving because I long lost my appetite. I love you and I am sorry. Please, take me back,"

In another note on Ig begging her with a Range Rover, he said

"It cannot erase all the hurt I caused you and your family. It cannot change anything we went through and it cannot be a reason enough for you to get back to me," Harmonize said, "This only goes to show how remorseful I am, all I am asking is for forgiveness from you."

All this time Kajala ignored his attempts.

It was only in April that she spoke up. in cryptic messages aimed at an ex lover.

"A perfect example that being alone is better than being with the wrong person." read one example of a message 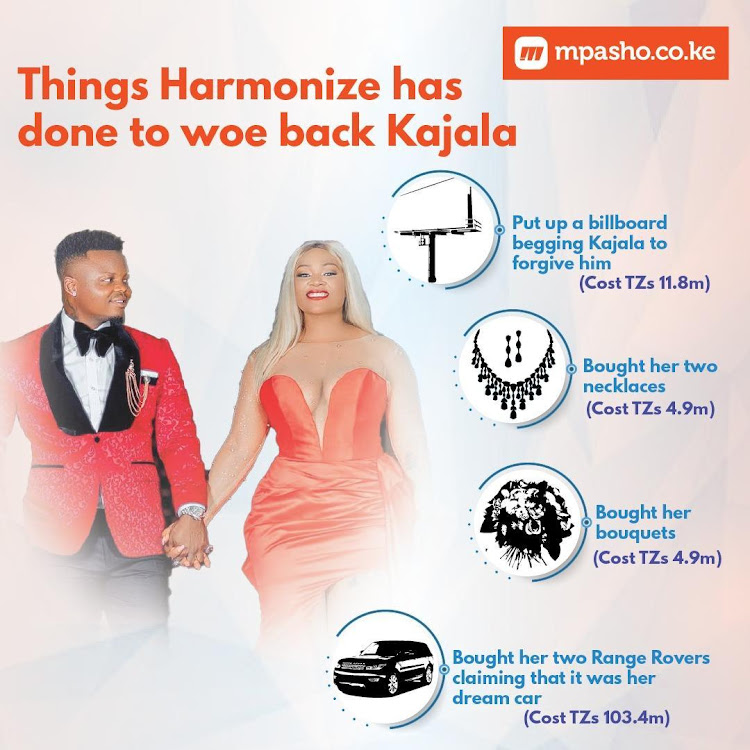 Kajala and Harmonize’s relationship lasted for only two months in 2021 before she dumped him on grounds that he was also seducing her daughter, Paula Kajala.

Harmonize gifts Kajala customised no. plates for her 2 Range Rovers

Vera Sidika stopped posting a lot on Instagram after her pregnancy
Entertainment
2 months ago
WATCH: For the latest videos on entertainment stories