• Vera used to post very revealing photos on her Instagram until she settled down with her baby daddy, Brown Mauzo.

• Vera has not been sharing much about her daughter and marriage. 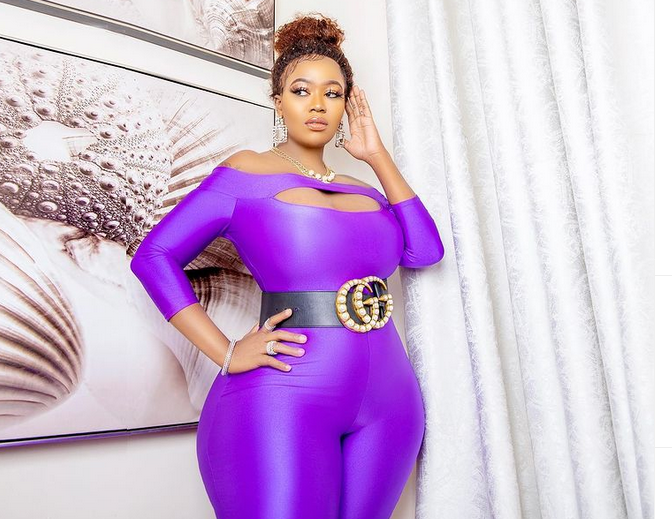 Socialite Vera Sidika has said that the reason she went slow on Instagram was that she got bored.

In her Ig, Vera shared a snippet of Breeder's song and mentioned Vera in his lyrics. Vera openly backed up Breeder Lw's lyrics that Instagram started to get boring since she got pregnant.

Before her pregnancy, Vera used to post very revealing photos on her Instagram until she settled down with her baby daddy Brown Mauzo.

"IG ilibooo (I got bored of Instagram) after Vera Apate Mimba," Breeder sang.

Responding Vera promised her fans that she is coming back in full force.

After she got pregnant, Vera documented her pregnancy journey like to the minute detail. Even during her delivery, she recorded and kept updating her fans about her baby's milestones.

Of late, Vera has also not been sharing much about her daughter and marriage. A few weeks ago, Vera Sidika said her fans are missing her drama online.

She took to comment on the silence that has been on social media lately where she hasn't been in any drama or making gossip headlines.

On the post, one of her loyal fans seconded her on her post saying that it's true she has been boring these days.

"She should at least break up with brown for two weeks even to give them tea," the fan told Vera.

Vera Sidika and Brown Mauzo got married in 2020. The socialite, however, didn't share details of their wedding but insisted that the singer is her legal hubby.

Vera Sidika shared how much her daughter loves being in her father, Brown Mauzo's company
Entertainment
4 months ago

Mammito had posted a nice photo with her good friend, Vera
Entertainment
4 months ago