• Njomo Wa Nyathira is the founder of Nyathira Media production. 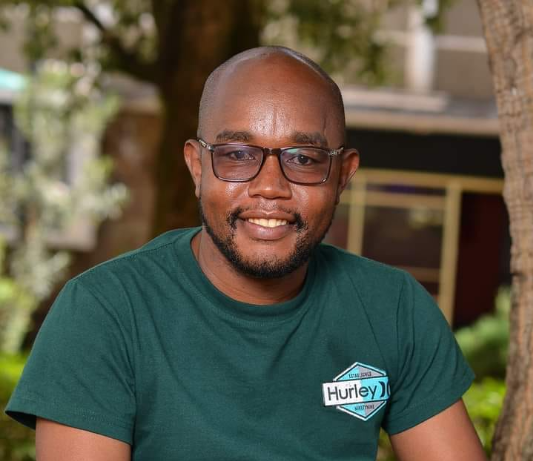 Kikuyu actor Njomo wa Nyathira, has opened up about losing his job before he could sign the contract and thus becoming an uji seller.

This was after covid-19 hit. Sharing his experience with Ala C on Reke Ciume Na Ene, Njomo shared that he also lost a potential job due to mismatched chemistry between him and Njogu was Njoroge.

"I was to be given a job at Gukena FM to cohost alongside Njogu wa Njoroge. I worked with him for some time (probation) but our chemistry did not match. I was the person to go because I was not well established, so I went back to acting in the theatres."

Njomo says not long after that he was approached by Inooro for a radio hosting job and was to be on probation for three months.

But just as he was about to get the contract to confirm him Covid-19 struck.

"I got a deal at Inooro FM on three-month probation before they decided whether to hire me or not. I was not going to be paid anything for those three months."

Just when I was to be given the contract the next week Covid-19 hit and the president said people had to work from home. I went back home to the village and put up a shop selling porridge.

"Acceptance played a great role in helping me get out of depression. It is not easy but accepting that you are no longer where you were before. People will talk but in the end, life continues."

Njomo thanked his mum for helping him come out of depression. He says he almost turned to alcohol for help but thought otherwise.

Jimmy says losing his job made him learn to live within his means.
Entertainment
3 weeks ago

Letoya Johnstone says she is lonely and has no friends.
Entertainment
2 weeks ago

The late Cliff Moses resigned 2 months before his tragic death