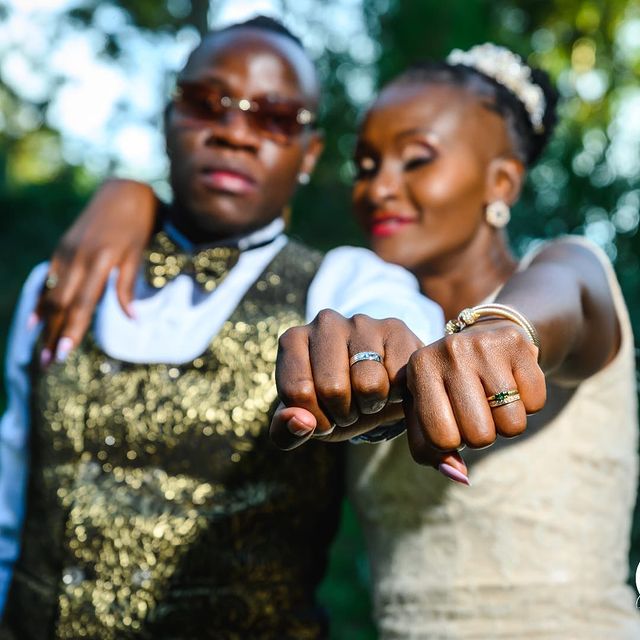 Esther Musila wife to gospel artiste Guardian Angel is not moved by critics. She makes sure she responds to them brutally.

Well, she has responded to one of her followers who questioned her about the possibility of them having children following their recent nuptials.

Esther had shared a photo of herself and her husband Guardian showing their wedding rings. Musila captioned the photo;

"I’m so ready for our future."

An Instagram user then poked the mother of 3 asking,

"How now without a children's?"

Musila was however not shy about responding to the critic, taking them head-on with a sarcastic response;

"Who are/what are children’s?"

Another fan congratulated them but asked about kids.

A seemingly angry Musila went ahead to question the fan; "Wako? Tunakuzalia ama?"

This is not the first time the couple has received criticism over their union, something that the singer Guardian Angel addressed through a performance of the heavily popular song ‘Sweetie Sweetie’ by Zabron Singers during their wedding.

He admitted that it has not been an easy journey.

"Always remember that not everyone is happy or even proud of you." -Betty Kyallo
Lifestyle
6 months ago