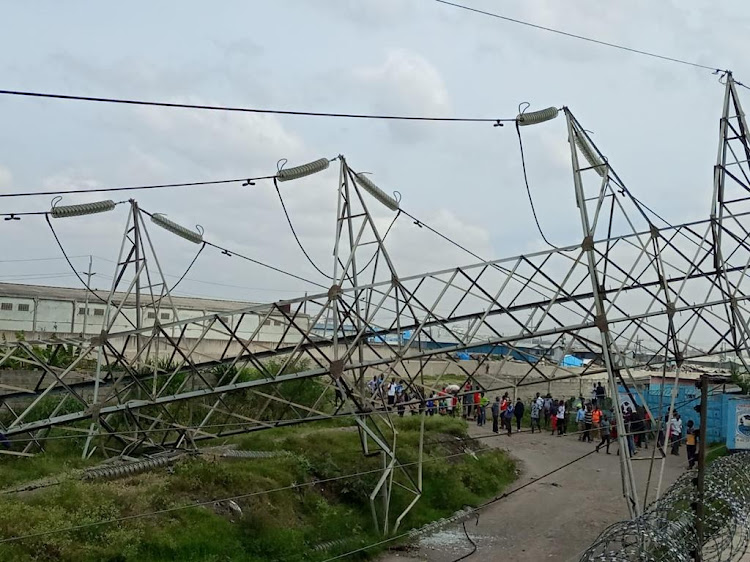 On Tuesday morning, power outage was witnessed in a number of counties in Kenya.

According to KPLC, the blackout was caused by the  the collapse of towers on transmission power lines in Embakasi.

"We have lost power supply due to collapsed towers on the Kiambere - Embakasi high voltage transmission power line at 10.45 am this morning.

Our engineers are working to restore electricity supply as the repairs are being undertaken. An update on the restoration progress will be issued in due course. We wish to apologise to our customers for the inconvenience caused," read a statement from KPLC.

The power outage has sparked outrage from members of the public, who have accused KPLC of incompetency.

Politician Alinur Mohamed argued that KPLC should compensate consumers for the damage caused by the lack of electricity.

"Kenya power should compensate consumers for financial losses, equipment damage, physical injuries and death due to these frequent blackouts. It's also a good idea that KDF takes over KPLC. These power outages are a punishment to poor Kenyans who can't afford stand-by generators," he wrote in a tweet.

Here are other angry and hilarious reactions on the nationwide power outage.

@ Bravin - "Kenya Power (KPLC) needs to grow up. What the hell! Black outs are becoming the order of the day. They should pay for damages that occur due to their unplanned interruptions/Outages. This is why this Monopoly should be done away with."

Me in my village after Kenya power has done it's thing

Brenda Wairimu emotional after meeting doctor who delivered her baby

On January 8, actress Brenda Wairimu's daughter celebrated her 7th birthday. After throwing a party for her little one, Brenda took a flight and
Entertainment
6 months ago