Diamond thought I was competing with him-Harmonize

• Harmonize said Diamond Platnumz has been paying people to write stories painting him in a bad light. 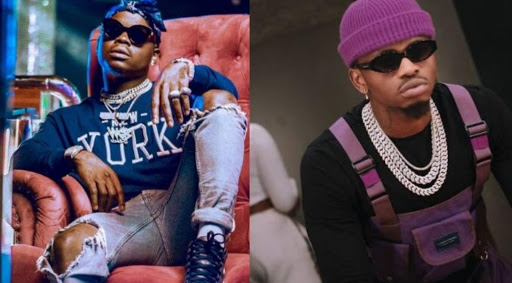 Harmonize has cleared the air on his beef with his former boss Diamond Platnumz. Speaking to the press on Thursday, after landing from the US, Harmonize sought to clear his name in the lengthy presser addressing various issues.

Harmonize said Diamond Platnumz has been paying people to write stories painting him in a bad light.

On his exit from WCB, Harmonize said he felt maligned by the management and efforts to address the matter amicably fell on deaf ears.

"I was chasing my dreams and in that process, people started thinking I wanted to overtake Diamond. If you are keen enough all artiste who have had problems with Diamond, the problem starts when they start shining. When they are still not popular, they are good friends. An example is Ommy Dimpoz. They were friends. I will speak since I do want people to see me as the bad person."

The "Atarudi" hitmaker said things got so bad that he sought the intervention of several people, including from Diamond's mum, Sandrah.

"All I wanted was peace. So I followed Mama Dangote and told her Diamond and I were like brothers, and we had come from far and helped each other in many ways."