• Jemima identifies herself as " a mother to one beautiful sleeping girl, Makena Nduta." 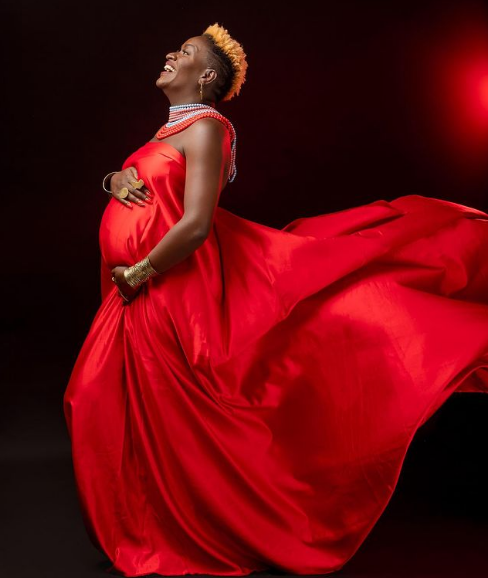 Comedian and Radio host Auntie Jemima has dismissed the notion that baby bump shoots and baby showers are the reason for pregnancy losses.

On her YouTube channel, Jemima identifies herself as "a mother to one beautiful sleeping girl, Makena Nduta."

She has termed the comments on child loss as "ignorant, shallow, unschooled and non-empathetic."

"No holds a baby shower wishing death for herself or upon a child. Every pregnant woman's dream is to carry the baby to term and go home with a healthy baby," Auntie Jemima said.

She noted that many women are struggling to conceive, and getting pregnant then walking home with a healthy baby is a miracle.

"Carrying a baby to term is also a miracle, to all the women who have lost their babies, I am sorry. The other miracle is going home with a healthy mother and baby."

Jemima says that after she lost her newborn baby, she was told it was due to showing off her pregnancy.

"I was told it was because I showed off my baby bump and went for that beautiful baby bump shoot. No, I went for a shoot because I carried my baby bump beautifully. My girl was a go-getter, she did 34 weeks, she wanted to make it but she didn't," Jemima said.

The Gukena FM presenter noted that some miscarriages and stillbirths are a result of women ignoring medical factors that come with childbirth.

Sanaipei had a desire to work with Nyashinski for a long time but she couldn't find him.
Entertainment
1 week ago