• Sanaipei had a desire to work with Nyashinski for a long time but she couldn't find him. 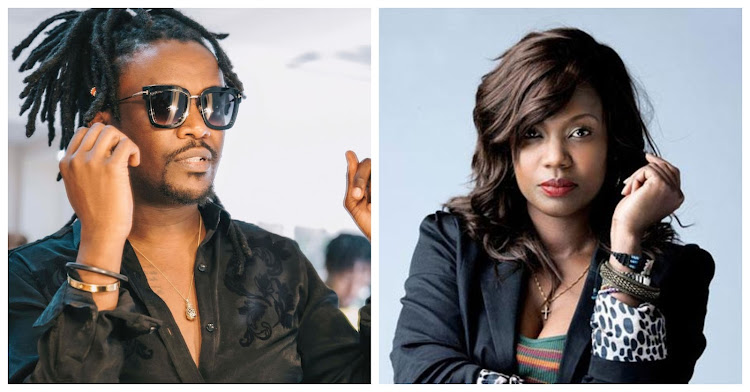 Sanaipei Tande has revealed how difficult it was for her to do a song with Nyashinski.

The songstress says she had a desire to work with Nyashinski for a long time but she couldn't find him.

"There was a gig we were doing together to celebrate Europe Day. I told him I was looking for him... he asked, 'on which number?' I showed him and he said he threw it away.

There is something he does so as not to be reachable, He is not on Whatsapp, he has a direct phone number and email," Sanaipei said in an interview on Mseto East Africa.

She says that when she got a hold of Nyashinski, everything else flowed and they released a song that is featured on her EP named 'Nabo'.

"We talked at the gig and he gave me his number, he did not have his phone.. he forgot it at home. He asked me to send a message he will check it at home.
I sent the song on his mail...he did his part and returned it. I feel honoured he took his time to write the song, record and return it to me," she said.

Eddie Butita was yesterday treated to a 110K birthday gift by Kenyan rapper Krg the Don. Butita was turning 29 and as a way of celebrating him, Krg ...
Entertainment
1 week ago