•"30 minutes before I got here all these guys went mteja. It's a miracle that I am alive." - Julius Muoki 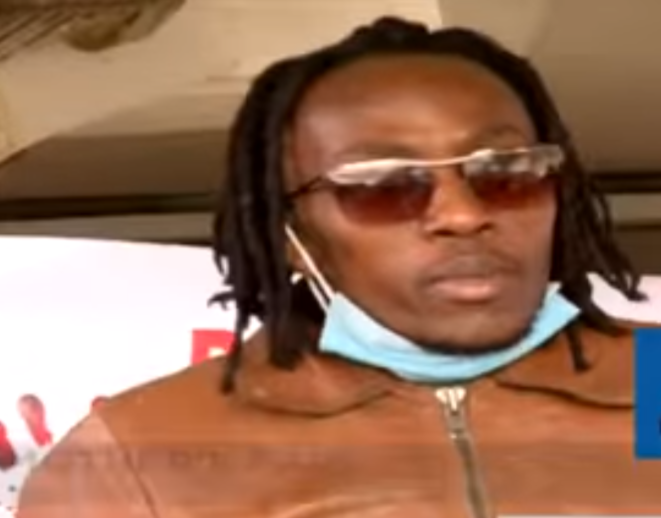 Julius Muoki, a friend to the 4 cousins killed in Kitengela says he is lucky to be alive as he missed being with the group by 'mistake.

Fred Mureithi, 30,  brother Victor Mwangi 25, and their two cousins Mike George, 29, and Nicholas Musa, 28 were killed after being 'mistaken' for cattle rustlers.

Muoki says he was to join the group to attend the birthday party but on trying to rich his friends their phones were not going through.

30 minutes before I got here all these guys went mteja.

It's a miracle that I am alive."

'My sons are not criminals!' Lucy Wanjiru mourns sons killed in Kitengela

"I called my pastor I requested him to help look for them, the pastor waited for them only for me to be called and told that they had been killed." - ...
Entertainment
2 months ago

The two brothers and their two cousins had gone to visit a relative in Kitengela for a housewarming party and to celebrate the birthday of one of them.

Unbeknown to them was that it would be the final journey for Fred Mureithi, 30, his younger brother Victor Mwangi who was celebrating his 25th birthday, and their two cousins Mike George, 29, and Nicholas Musa, 28.

At around 6 pm, the two brothers left to look for a place they could buy chicken in Kisaju but a stop near a riverbank at Enkamulyat area, some 14km from Kitengela town, was where death lay in wait.

Residents who saw motorbikes parked by the riverbank thought the owners were out to steal their cattle.

They raised an alarm and speared the four to death.

This they did without listening to the young men's plea.

Close friends said the four had arrived in Kitengela in three motorcycles.

Upon their arrival, the four went to George's sister's newly built house where they were hosted.

A close friend of the four, Francis Ndegwa told the Star the four agreed to have a chicken for supper and that is when they went out on their three motorbikes to look for the chicken.

"When we moved into this apartment in May we were given a grace period of 7 days to pay our rent." - Xtian Dela
Entertainment
2 months ago

Ndegwa said when the four arrived at a riverbed and were about to cross, some people stopped them and inquired where they were going but even before they were answered, the residents raised an alarm calling for back up and more residents came to the scene.

The residents attacked them by using rungus and using spears until they died.

Mwangi and Mureithi will be laid to rest at their home in Laikipia on Friday.

Nobody has been arrested in connection to the murder.

Rich kid Joan Kubai was the talk of the town after she treated her Snapchat fans to a house tour of their palatial Runda mansion.
Lifestyle
2 months ago