All about Diamond's latest addition to his flashy convoy

• When the Rolls Royce touched down, so many people were quick to comment. Some were doubting the legitimacy of the car. 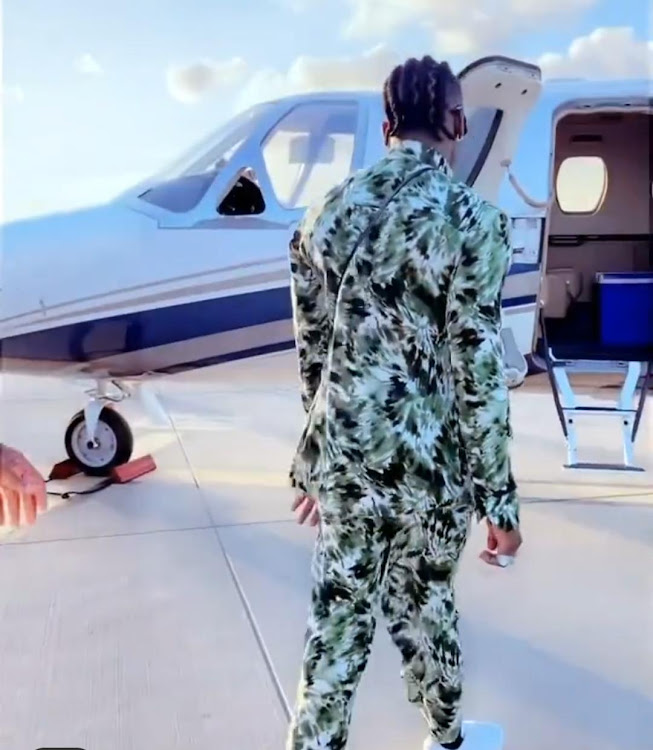 Star's live lives that some of us could only dream of. Diamond Platnumz, the Wasafi's CEO is known for his flashy lifestyle and having the eye for finer things with a bank account to match it.

He recently added a blue Rolls Royce Cullinan to his fleet of flashy cars after it was rumored that the black Cadillac Escalade he had earlier posted wasn't brand new but a used second-hand car.

Comments on the star's Instagram account were wild as the SUV is said to be a travel car in European countries.

It caused such a buzz for a two-time BET nominee to be seen driving anything other than a flashy car.

When the Rolls Royce touched down, so many people were quick to comment. Some were doubting the legitimacy of the car.

Even the container it was brought in looked “local” according to some of the star's followers and there was no proof that it was from Dubai. The cars wheels also caused controversy as it was dusty when it touched down.

His manager in a recent radio interview by Wasafi was quick to correct that the 2021 Cullinan is from Dubai. He went in search of the Cullinan and the artist loved the blue and one could only think of royalty.

He also went ahead to add that what his artist wanted was a convoy. In the convoy there would be two SUV's, a Rolls Royce and motorcycles. They are yet to receive the motorcycles.

Flashy much? I would say only what an A-lister deserves!