Photos of Body builder, a suspect in Edwin Chiloba's murder

Dennis Litali says he has never met the other suspects charged alongside him.

• The prime suspect in the murder Edwin Chiloba is  Jackton Odhiambo.

• He allegedly confessed to killing the model over allegations that he cheated on him. 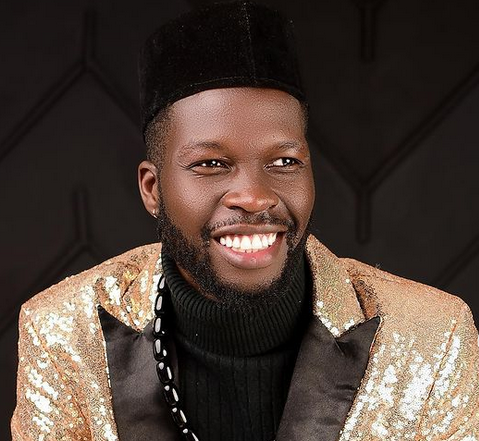 The identity of one more suspect in the murder of fashion model Edwin Chiloba has been revealed.

He is Dennis Litali.

The prime suspect in the murder of fashionista Edwin Chiloba is Jackton Odhiambo, 24.

He confessed to killing the model over allegations that he cheated on him.

Police revealed Jackton executed the murder with the help of his two friends.

The suspect said he murdered Chiloba as revenge for betraying him.

Jackton who had been staying with the deceased for one year in Eldoret was arrested on Friday as the main suspect in the murder. The two lived together as husband and wife.

Chiloba’s caretaker Alex Nyamweya said that Jackton called him using Chiloba’s phone on January 4, informing him that he was vacating the house they lived in.

Jackton is a Nairobi-based freelance photographer and had joined the deceased for New Year celebrations.

Police disclosed that Jackton told curious neighbors who had smelt a bad smell from a house Chiloba stayed with him and two others that it was a dead rat that had died therein and he was trying to remove it.

“He told the neighbors it was a dead rat that was smelling when they sought to know what was smelling from the house they lived,” Uasin Gishu county DCI boss Peter Kimulwo said.

The neighbors had seen Jackton with the metal box a day earlier. Kimulwo said preliminary findings show the deceased appeared to have been strangled and one eye was gouged out.

Edwin Chiloba killed and his body stashed in a metallic box and dumped along the Kipenyo - Kaptinga road, in Kapsaret, Uasin Gishu County.

Kimulwo said a chief informed police that a metal box was dropped by the roadside in Kipkaren area on January 3 2023.

His family also confirmed that he will be laid to rest at Sergoit village in Elgeyo Marakwet county on Saturday, January 14th,2023.

Michelle said Chiloba had a big dream for the fashion industry.
Entertainment
4 weeks ago

Not gay! Chiloba's family clarifies son was a 'pastor'

The family of murdered LGBTQ activist Edwin Kiprotich Kiptoo, also known as Chiloba, has appealed to Kenyans to refrain from spreading untrue ...
News
4 weeks ago

Edwin Chiloba was killed and his body stashed in a metallic box and dumped along the Kipenyo - Kaptinga road, in Kapsaret, Uasin Gishu County.
Entertainment
1 month ago

Prime suspect in the murder of LGBTQ activist Chiloba arrested

Cops in Eldoret have arrested the prime suspect who is a Nairobi-based freelance photographer in connection with the murder of LGBTQ activist Edwin ...
Crime
1 month ago