Her dad has requested the police to follow up and bring the culprits to book.

• Mary's phine,ID and bag were on the scene.

• She was also sexually abused by the unknown people. 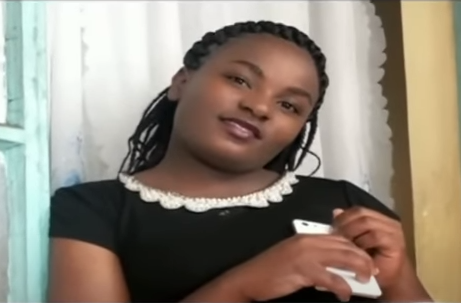 A 21-year-old woman was mercilessly killed and her body placed in a sack and dumped on Ngata Bridge along the Nakuru-Eldoret highway.

According to her father, Mr James Maina-he last spoke to his daughter on December 11,2022 at 8pm.

“She informed me she was preparing supper and that she was with her elder sister. She told me to greet her mother,” said Mr Maina at his Langalanga estate housein Gilgil Township.

Mary had been invited to a party which she did not want to miss.

She promised to be back by morning.

Her sister informed detectives and family that Ms Wangui was constantly communicating with someone on the phone, who was asking her why she was delaying.

Her body would later be found the next day, dumped by the roadside.

Mary's dad only learned of her death after receiving a distressed call from their pastor.

He says he is yet to come to terms with the death of his daughter, who was the last born of the family.

According to a postmortem, the young girl died from suffocation

" Her body was naked, her phone, ID andbag were all there.

She was suffocated,The doctor said that her lungs lacked somewhere to take air so she chocked on the food she had eaten.

I don't know why someone would want to kill her."

The murders of Esther and Lucy are being investigated.
Crime
1 month ago

Twenty-seven people have been hospitalised after they allegedly consumed contaminated sour milk in Tepukwet Village, Kericho county.
News
1 month ago

The National Government will shelter baby Junior Sagini whose eyes were gouged out and his sister in a new safe house.
News
1 month ago
WATCH: For the latest videos on entertainment stories