Neighbours tried to put out the fire in vain.

• It is suspected that the door were intentionally left to burn to death by an unknown person/s. 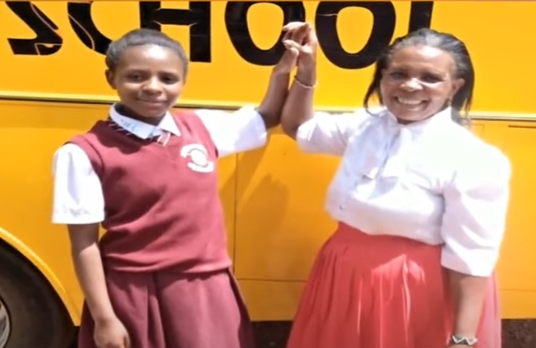 Esther Njeri and her daughter Lucy. The pair died in a fire.
Image: Screengrab

Esther Njeri 54 and Lucy Wanjiru 14 from Magina, Lari County died when fire broke out in their house.

According to a neighbour,the fire was too intense.

"I heard the woman calling out for help but I found the door locked from inside and outside.

The fire was also becoming intense so I called other neighbours.

We tried to put out the fire to no avail."

"Investigations are ongoing and the suspects will soon be arrested."

The residents have asked the county government to provide them with fire fighter trucks.

Twenty-seven people have been hospitalised after they allegedly consumed contaminated sour milk in Tepukwet Village, Kericho county.
News
1 month ago

The National Government will shelter baby Junior Sagini whose eyes were gouged out and his sister in a new safe house.
News
1 month ago
WATCH: For the latest videos on entertainment stories