• He requested the court to order the prison authorities to provide him with milk.

• Judge Ogembo has directed that Cheburet is presented to the prison clinical officer for a medical checkup over the diet issue. 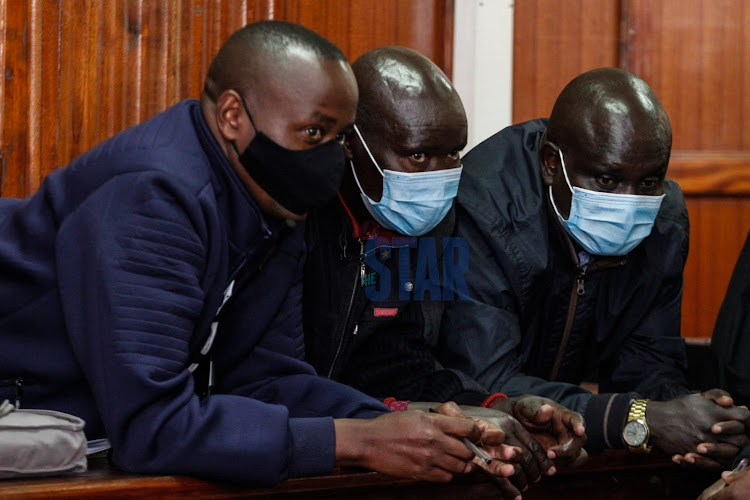 One of the police officers convicted in the murder of Willie Kimani now claims he is unable to eat any food while in prison.

Stephen Cheburet on Friday told Nairobi High Court judge Daniel Ogembo that the only food he is taking is Ugali and that’s what he has been surviving on.

He requested the court to order the prison authorities to provide him with milk.

(I can't eat prison food. I prefer Ugali. I don't eat when they cook Githeri. I want the court to order them to provide cabbage, ugali, and milk.)

The case was mentioned before Justice Ogembo since Justice Jessie Lessit is away on official duties until December.

Judge Ogembo has directed that Cheburet is presented to the prison clinical officer for a medical checkup over the diet issue.

He has also said the defence is at liberty to file any submissions they wish to before the sentencing.

Judge Lessit found that the prosecution had proven that they killed Willie Kimani, his client Josephat Mwenda and driver Joseph Muiruri.

Here is a list of Kenya's most notorious gangster's and the thugs names they are known by.
Crime
9 months ago

The prosecution believes the five abducted Willie, Josephat, and Joseph on June 23, 2016.
Crime
1 year ago
WATCH: For the latest videos on entertainment stories