The 4 cops come from the disbanded Special Services Unit (SSU)

• The 4 officers have spoken through their lawyer Danstan Omari.

• The 4 are saying that they are being scapegoated in the case of the disappearance of two Indian nationals, Zaid Sami Kidwai, and Zulfiqar Ahmad Khan and their Kenyan driver, Nicodemus Mwania. 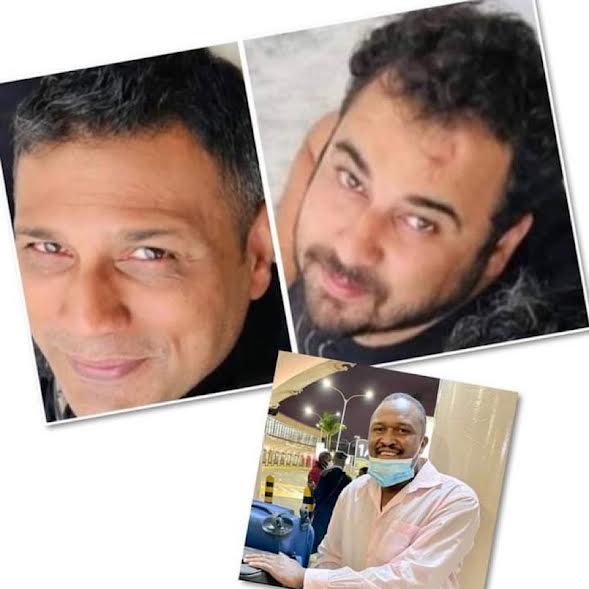 The four police officers from the disbanded Special Services Unit (SSU) have finally spoken since their arrest yesterday.

The four who have been accused of involvement in abductions and killings spoke though lawyer Danstan Omari.

They said that they were the scapegoats as they had refused to snitch on higher ups in the case of the disappearance of two Indian nationals, Zaid Sami Kidwai, and Zulfiqar Ahmad Khan and their Kenyan driver, Nicodemus Mwania.

"They are being faulted for refusing to fix some of their seniors in the disappearance of 2 Indian nationals and their Kenyan driver."

Among the issues that came up when they were being interviewed is that they were being told to frame senior officers and other people in the multi-agency sector. My clients refused to do that, they were promised to be placed under witness protection if they complied," he stated.

The well-known lawyer added that the case against his clients smirked of malice as the investigations were yet to be completed.

"There seem to be external forces outside the police demanding for their arrest because it is lawful to be arrested but this a country where investigations could have been completed before their arrest," Omari noted.

That wasn't all, Omari disputed the claim that mobile communication between one of the four arrested officers and their boss was also said to have been on a high on that particular day.

For the longest time, the disbanded Directorate of Criminal Investigation (DCI’s) Special Service Unit (SSU) had been a team that was relied on to solve complicated crimes.

They were relied on to respond to any murder incident involving violent criminals on the run or unsolved issues and even terrorism.

Most officers now serving in the disbanded unit had served in SCPU and the defunct Flying Squad for years.

They were mainly involved in quelling the Mungiki menace from 2007 until 2019 when they were reorganized.

In this period, up to 300 people believed to have been members of the banned group disappeared or died mysteriously in shootings or were found dead on roads and thickets.

The autopsy of the the late George Mwangi has revealed that the Kiambu-based businessman revealed died of blunt-force trauma to the head.
Crime
1 month ago