Suicide watch is placed on some one who is at risk of harming themselves.

• Maribe has termed the news of being on suicide watch as fake.

• She has threatened to sue the blog that wrote the article. 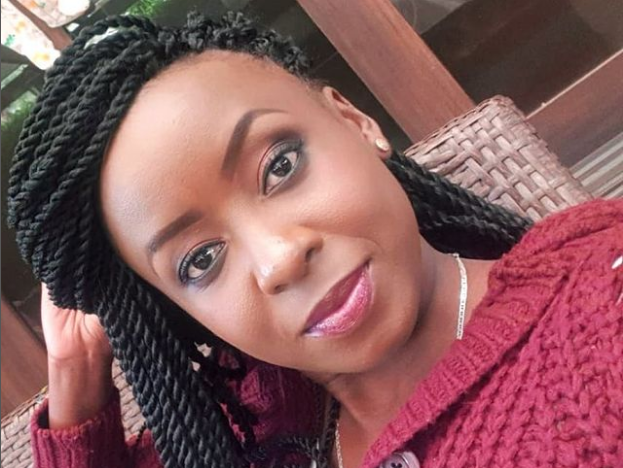 Jacque Maribe. She has denied being on suicide watch.

Jacque Maribe has responded to allegations that she has been on a suicidal watch.

A suicidal watch refers to a round-the-clock watch by someone (teacher, prison warder, family) on a person considered to be in danger of harming him- or herself.

Speaking exclusively to Nairobi News on September 22, 2022, the TV queen said that she never pays attention to blogs looking for traction using her name just to get more likes and clicks.

“Suicide watch? Depression? By who? When? Why? I don’t even drink. I’m happy and healthy.

But ni life, sasa watu wakitaka clicks tufanye? (But it is life, if people want clicks, what do we do?).” She said

She also revealed that no one in her family reads such malicious posts and so they are not worried about her well-being.

Maribe responded to the allegations saying they would sue the blog.

She also took to the chance to flaunt the flowers she had received.

"@Catewamaribe are we done laughing at fake blog posts and expert commentators we hydrate and mind our business and such deliveries?" she partly captioned. 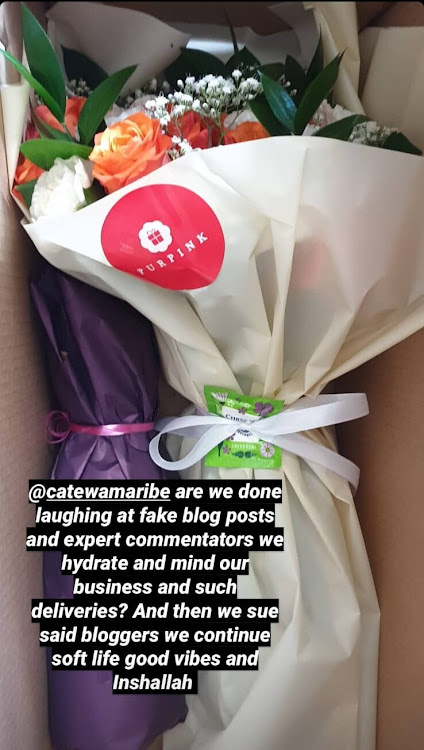 Kate Maribe. She has blasted a blog for alleging her sister Jacque Maribe has been placed on suicide watch.

Maribe had recently revealed that she has not been feeling well.

Writing on her Instagram page, she shared a sad health update about feeling well and that her people have stayed close by her side in her time of need.

Jacque revealed the sad news late Friday in what was also an encouraging note. She noted about her unexpected health scare that;

"It's not a coincidence and it's not luck. I know it comes from above I've got miracles on miracles. A million little miracles,".

To help in her journey to recovery, Jacque Maribe said that her family and friends have been her support system and gave thanks for this.

"Thank you mummy dearest, papa bear, my ride-or-die sisters, and my boss."

Her message of thanks was also sent to her friends saying, "Die hard friends by my side and check-up calls." She then tagged 5 friends that she regularly hangs out with.

"And my entire tribe's recovery wouldn't be easy without your love and care."

Maribe did not open up more about her medical condition

Muthoni and Mulamwah share a daughter who is turning 1.
Entertainment
1 week ago

Akorot was referred to Rift Valley Provincial General Hospital for further treatment after efforts to end his life failed.
Crime
3 weeks ago
WATCH: For the latest videos on entertainment stories