Massa was promoted to take over as the deputy DCI in changes announced in May 2022, following the retirement of Joseph Ashmalla.

• The National Police Service Commission said in a statement that Hamisi will hold the position until a substantive and competitive replacement is found in at least 14 days.

• Commission chairman Eliud Kinuthis said they expect to get a substantive DCI within the period. 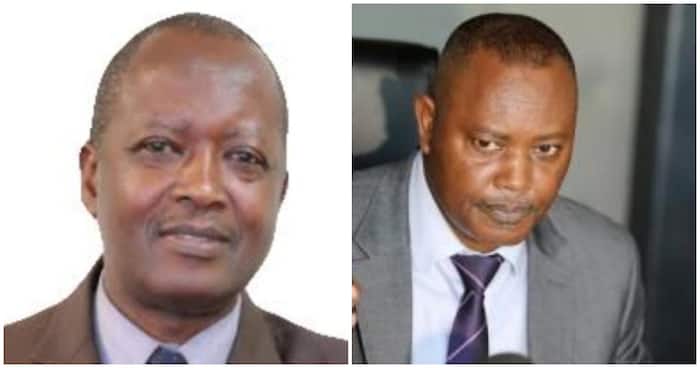 Massa Hamisi Salim has been appointed by the National Police Service Commission (NPSC) as the acting director of criminal investigation (DCI).

The National Police Service Commission said in a statement that Hamisi will hold the position until a substantive and competitive replacement is found in at least 14 days.

Since then, the National Police Service Commission has posted a job opening for a Director of Criminal Investigations (DCI).

The commission has the responsibility of recommending candidates to the President for the position of director of criminal investigations.

“Massa will be the DCI in an acting capacity, until the position is filled substantively and competitively in at least 14 days,” he said.

In May 2022, following Joseph Ashmalla's resignation from the service after reaching the requisite age, Massa was elevated to replace Ashmalla as the deputy DCI.

His nomination was considered as a reward for his efforts as he has been the director of the Anti Narcotics Unit (ANU) for a long time.

He's often referred to as a trustworthy and restrained cop. He'll probably want to get the job of substantive DCI as well.

President William Ruto has just revealed his new cabinet which had a few surprises. The Head of State outlined the roles he has delegated to
Politics
2 months ago

President Ruto: 5 million Kenyans to be removed from CRB Blacklist

A total of 5 million Kenyans will be taken off the Credit Reference Bureau (CRB) blacklist by the beginning of November, according to President ...
News
2 months ago