The two were found dead after they failed to return home after going to watch a football match on Sunday, September 4.

• Johnson Karuga and Kevin Kimani's bodies were found dumped near a bridge in Joska.

• Their remains are currently at Tigoni Hospital Mortuary. 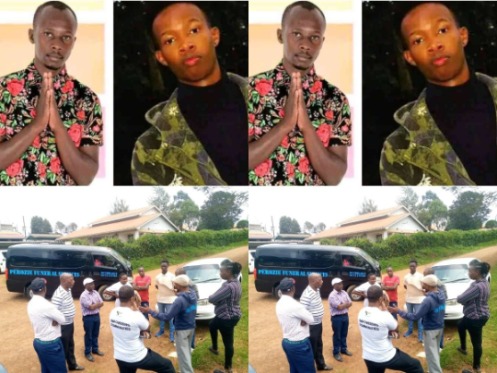 Two brothers who had gone missing have been found murdered by unknown people in Joska, Kamulu.

The two were found dead after they failed to return home after going to watch a football match on Sunday, September 4.

Their lifeless bodies were found a week after they went missing near a bridge in the Joska area.

The Limuru natives had reconnected at the pub after Kimani, a mitumba seller in Nairobi, visited his sibling – a hardware dealer - in Kamulu.

According to insiders, they allege the two brothers were involved in an altercation in the pub.

The pub security then contacted boda boda operators who trailed Karuga and Kevin and beat them senselessly a few meters from the club, with the two boys succumbing to the injuries.

The bodies of the two were taken to Nairobi City mortuary before being transferred to Tigoni Hospital Mortuary.

According to Haki Africa, the brothers succumbed to injuries inflicted by a blunt object.

Speaking to the family members at Tigoni Hospital mortuary where the bodies were transferred, Haki Africa’s Executive Director, Hussein Khalid, said that his organization would move together with the family through each step to ensure justice is done and the killers brought to book.

At least 11 people are thought to have died in a shipwreck off the coast of Tunisia, with 12 others still missing.
News
4 months ago

On Wednesday September 7, the woman was found lying dead in a pool of blood according to the account of a friend who found her.
Crime
4 months ago
WATCH: For the latest videos on entertainment stories