Anyone with information on this murder should contact DCI Kenya

• Friends are asking detectives to help investigate her murder.

• The woman was found dead on Wednesday and details remain scanty. 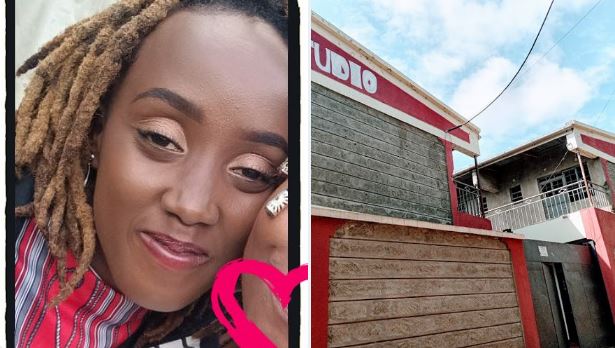 Questions about the murder of a woman in her Uthiru apartment have been raised. Friends of the woman are asking for the police to help in investigating and solving the mystery of the woman's death.

On Wednesday September 7, the woman was found lying dead in a pool of blood according to the account of a friend who found her.

"This is my Best Friend, I found her lying in cold blood. It is so painful. Kindly help us get Justice for Ng'endo by retweeting this post. @DCI_Kenya @NPSOfficial_KE."

Another friend appealed for the DCI help saying, "Wednesday afternoon, Ngendo, was found murdered inside her house at studio haven apartments in Ūthirū. It's very painful when it hits home. @NPSOfficial_KE @DCI_Kenya please get to the bottom of this."

Kenyans under the post appealed for investigators to do something. Some of those comments are below;

@meshbiz9·I used to stay in these very bedsitters last year and the insecurity there is on another level. Sijui ni coz students ama

@MuthoniMaryanne·aPole sana I live in Uthiru, this is scary

@njangiru_the1·awe live in the same area and just heard about it yesternight... so sad what happened to her. May her soul RIP and justice for her family

@AndrewMionwaI knew her very well , i studied with her too in university . This is so sad she was a very nice girl. Rest in power Lucy. Justice should be served

@Tonieflavia·aThis is saddening. May she rest in peace. And may the culprits face the Law!

3 dead, 1 seriously injured after ramming into a lorry in Kajiado

The fourth occupant sustained serious injuries and is currently recuperating at the Kajiado referral hospital.
News
4 months ago

Akorot was referred to Rift Valley Provincial General Hospital for further treatment after efforts to end his life failed.
Crime
5 months ago

Priest dies minutes after giving sermon at a burial

George Cheiteto was preaching during the funeral service of the late wife to a fellow bishop.
Entertainment
5 months ago
WATCH: For the latest videos on entertainment stories

Child dies while mum is out buying miraa