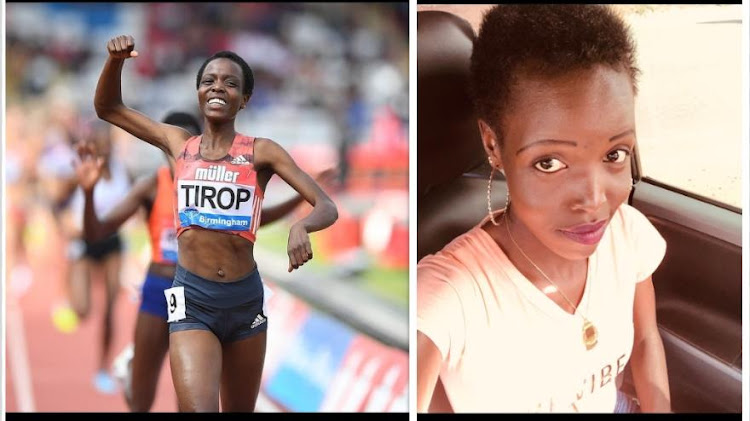 Ibrahim Rotich, the prime suspect in the gruesome killing of athlete Agnes Tirop has now applied for a plea bargain deal in which he could face lesser charges.

The state had lined up 13 suspects for the murder trial against Rotich but his lawyer Allan Mbugua told the High Court in Eldoret that Ibrahim wanted to pursue a plea bargain path as part of the healing process with the family of the victim over the incident.

The lawyer said Ibrahim had instructed him that they take the route of seeking a plea bargain if the DPP approves his application.

“My client wants to pursue the plea bargain path with the family of his estranged wife to lessen the pain they are going through since her killing occurred last year. We agree that life has been lost and it is such an unfortunate incident and that is we now prefer the route of the plea bargain,” Mbugua said

Justice Reuben Nyakundi is presiding over the murder case against Ibrahim and Mbugua infirmed the court that they plan to file an application in court for the plea bargain.

Mbugua said the murder trial would cause more pain and anxiety to the family owing to the circumstances under which the deceased was killed in an incident that attracted international attention.

“Your honour it is our view that a plea bargain deal will also help to expedite the matter for the sake of justice for both parties,” Mbugua said.

The application for a plea bargain will be put to hold a hearing of the murder case until a decision is made.

Richard Warigi, the lawyer for the slain athlete’s family said they would look into the application for the plea bargain once it is filed in court before making a decision on the way forward.

“We are yet to be served with the application for plea bargain but once it comes we will look into it and then decide on the way forward,” Warigi said.

Rotich has denied killing his estranged girlfriend. He was first charged before when he appeared before Justice Nyakundi on November 16, 2021.

According to the charge sheet, Rotich is alleged to have killed Tirop on October 12, 2021, at rural estate in Iten, Elgeyo Marakwet County.

The accused who went missing after the fatal incident was arrested in Mombasa two days after the body of the slain international runner was discovered in her house.

The Judge in his ruling has directed both parties to report to the court on September 22nd on the progress of the plea bargain deal between the suspect and the family of the deceased.

The court has twice denied him bail because of security concerns and possible interference with witnesses.

The former World Cross Country champion was murdered just a few days after arriving back home from a race in Germany.

"We just hope that justice will eventually be done for my daughter," Mzee Tirop said.
Crime
3 months ago

Kenyan-born Bahrain athlete Damaris Muthee had bought land and was in the process of developing it.
Crime
3 months ago

You don't have to be choked, slammed to the wall or hit for it to be violence, the abuse can be verbal.
Entertainment
4 months ago
WATCH: For the latest videos on entertainment stories