The judge also noted Ibrahim Rotich was a person of no known abode.

• A postmortem on Agnes Tirop's body revealed that she died after being stabbed in the neck and being hit by a blunt object in the head. 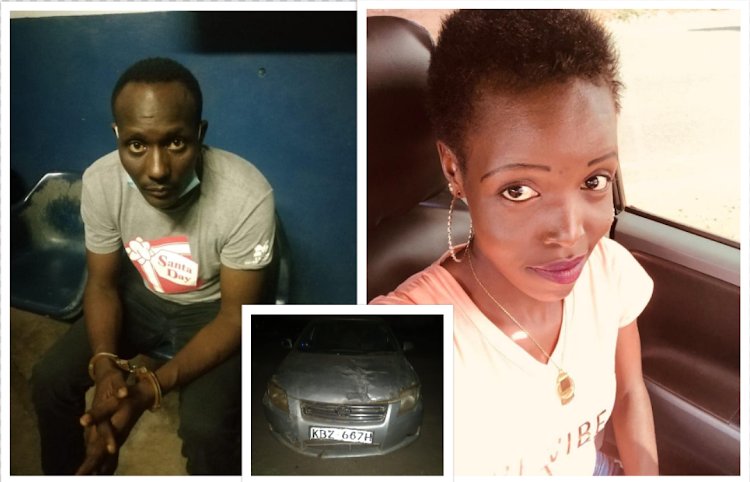 The High Court in Eldoret has denied bail to Ibrahim Kipkemboi Rotich who is accused of murdering former international athlete Agnes Tirop.

Justice Reuben Nyakundi ruled that it was not yet time to give a bond to the accused person after assessing the details of the case.

Nyakundi cited the conduct of the suspect at the time the incident happened as the main reason why it was not yet proper to allow bond for the suspect.

"Maybe the application for bond can be reviewed at a later date but for now the accused person will remain in custody," Nyakundi ruled.

He directed that a pre-trial conference for the case be held on June 12th 2022.

In his ruling Nyakundi also noted that the court had considered the safety of the accused person in the decision to deny him bail.

The judge also noted Rotich was a person of no known abode because his home was not clearly known.

The athlete's relatives led by her father Vincent Tirop were present.

"We just hope that justice will eventually be done for my daughter," Mzee Tirop said.

Rotich has denied killing Tirop on October 12 at Rural Estate in Iten town.

Through his lawyer, Ngige Ngugi, Rotich had applied to be released on bond as the case continues.

However, State Counsel David Fedha filed an affidavit to oppose the application for bond.

Last year Rotich was taken for medical tests and was found fit to stand trial for the killing.

Tirop was on October 13 found dead in her house in Iten where she lived with Rotich as her boyfriend.

A postmortem on the body revealed that she died after being stabbed in the neck and being hit by a blunt object in the head.

Kenyan-born Bahrain athlete Damaris Muthee had bought land and was in the process of developing it.
Crime
5 months ago

You don't have to be choked, slammed to the wall or hit for it to be violence, the abuse can be verbal.
Entertainment
5 months ago

It is now emerging that slain athlete, Agnes Tirop, had amassed an impressive collection of wealth from her racing career.This was revealed by the ...
Lifestyle
10 months ago
WATCH: For the latest videos on entertainment stories