• Dennis Karani had been termed as dangerous by the DCI.

• Dennis Gachoki was being looked for by the DCI in connection with the murder of  Samuel Mugoh in Mirema. 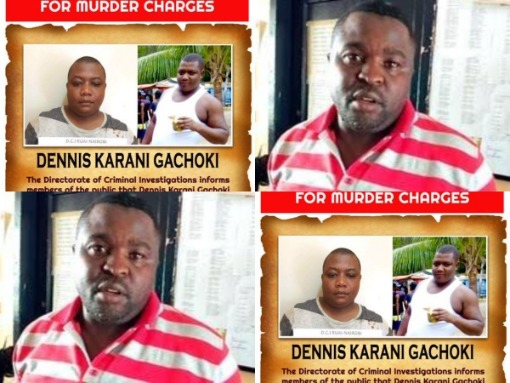 Dennis Karani Gachoki, a person of interest in the murder of Samuel Mugoh Muvota in Mirema, Nairobi has surrendered to the DCI at their offices on Kiambu Road.

Gachoki claims he is innocent and only met Muvota twice; once in Meru and in Nairobi.

He also confirmed he has an ongoing court case in Meru where he was accused of receiving money acquired through fraudulent means.

The DCI had through their socials announced they were looking for Karani in connection to Mugoh's murder. 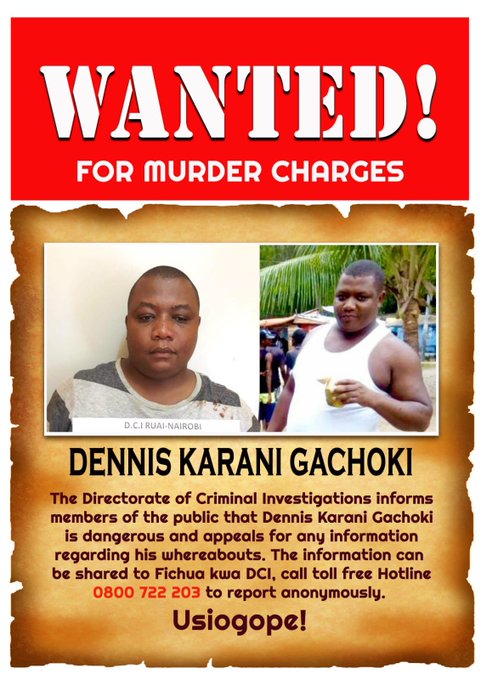 The body of Samuel Mugo was discovered in his car on Monday last week at about 4 pm moments after he had been shot six times in the chest.

The incident happened in front of a young girl that the locals said is the deceased man’s daughter.

According to eyewitness accounts, the unidentified man was dropping his daughter home from school when a white Toyota Premio car approached and blocked his car.

The witness said a man wearing a suit stepped out and shot him four times.

After the first round of shooting, the man went back to his car but came back and shot two more times.

The suspect then drove away leaving behind the dead body as residents scampered for safety.

The victim was also in the company of a lady believed to be the little girl’s mother.

She had stepped out of the car and the engine was still running then when the shooting happened.

Locals said the incident was an isolated incident in the area but decried rising incidents of insecurity along Thika Road.

According to the DCI Mugo was a professional fraudster who had recruited people to help him steal money from people from ATMs.

He is also alleged to have recruited women to spike people's drinks before proceeding to rob them.

Kenyans have criticized the DCI Dennis Karani's physical appearance and body build is not the same to that of the man caught on CCTV camera shooting Mugoh.

The women are linked to slain thug Samuel Mugo Muvota, who was shot and killed at Mirema Drive a few days back.
Crime
1 month ago

After the first round of shooting, the man went back to his car but came back and shot two more times
Crime
1 month ago
WATCH: For the latest videos on entertainment stories