Stranded Pakistan nationals reveal what they are doing in Kenya 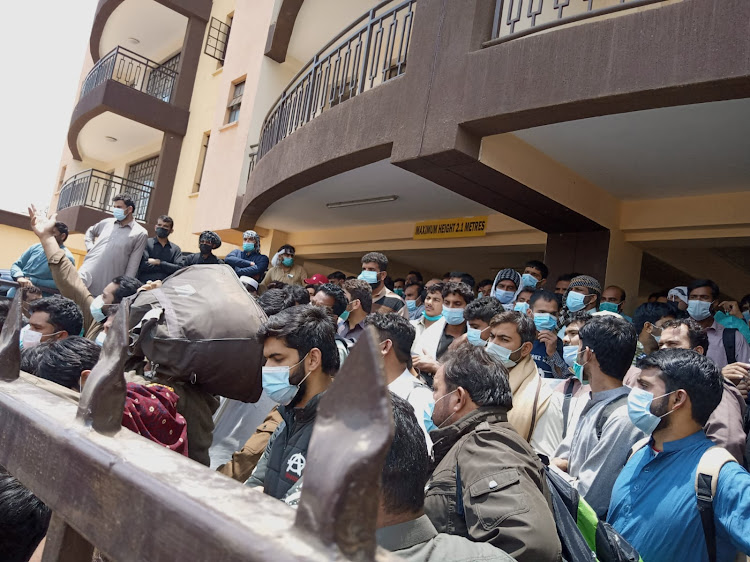 Several groups of Pakistan nationals have been spotted in different areas of Nairobi County.

Their presence has raised concerns from members of the public, who have been asking the government to explain why the foreigners are trooping into Kenya.

On Thursday, a large group of Pakistans were spotted at Waiyaki Real Gardens along Waiyaki.

Mpasho has established that the foreigners were picked by police from their respective hotels last night and brought to the Waiyaki Way hotel.

Here, immigration officials took their details before releasing them back to their hosts.

One of the Pakistans revealed that they are in Kenya for a 14-day quarantine before heading to Saudi Arabia.

He claimed that the government enclosed them in the hotel room without giving them food or water.

"We came here for 14 days quarantine then after that, we will go to Saudi Arabia. But yesterday there was a problem. At the hotel, we had been separated but here we were just put together," he said.

On Monday, government spokesperson Cyrus Oguna had said that the Pakistans were tourists.

'I will deal with you!' Eric Omondi warns Jalang'o

Eric says he will be closely watching Jalang'o.
Entertainment
2 weeks ago