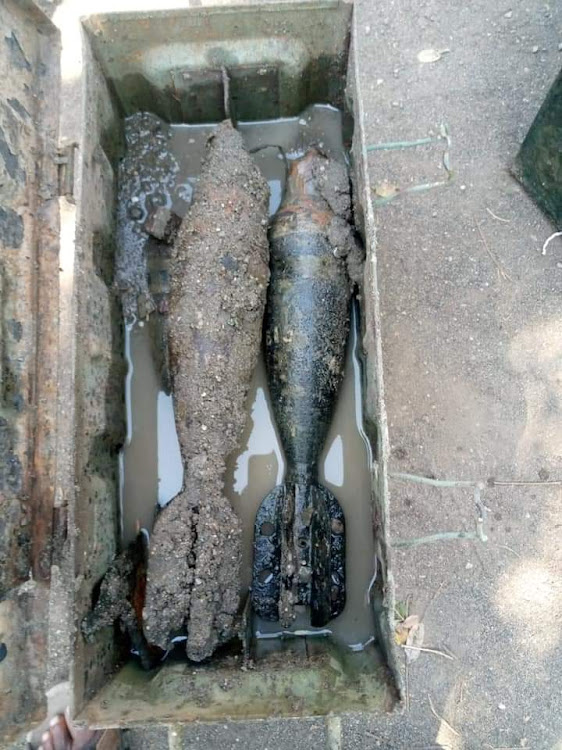 Six mortar bombs were this morning discovered by fishermen, who were on a fishing expedition in Lake Victoria. The fishermen had cast their nets in the still waters of the world’s second-largest freshwater lake, in the hope of a handsome catch.

As they rowed their vessel in anticipation of catching the lakeside’s most sought after delicacy, their net suddenly became heavy and voila!

They exclaimed in satisfaction.

The fishermen beamed with excitement at the thought that they had caught a large Nile Perch locally known as Mbuta, that would fetch a handsome pay at the local fishmongers’ market.

In celebration, they downed their paddles on the floor of the boat and joined hands in hauling their heavy net back to the craft.

The shock of their lives came when they discovered that they had caught a heavy metallic box, instead of the anticipated Mbuta delicacy.

In a bid to discover what was contained in the box, they hastily broke into it only to find six, 60mm mortar bombs, staring at them!

Two fishermen who were shocked by the finding immediately opted to jump into the hippo infested waters, fearing that the bombs would go off.

Three of the remaining fishermen steered the boat ashore and reported the incident to the beach management chairman, Isaiah Ouko, who then escalated the matter to DCI detectives based at Mbita.

The Mbita based sleuths immediately notified their Bomb Disposal and Hazardous Materials counterparts based in Kisumu, who rushed to Mbita and took possession of the cache.

The Kisumu based detectives shall after conducting their investigations, destroy the bombs as by law established.

Kevin Obia alias Kevin Kleigh was out and about partying and making merry even after a Nairobi court sentenced him to one-year imprisonment in a ...
Crime
1 month ago