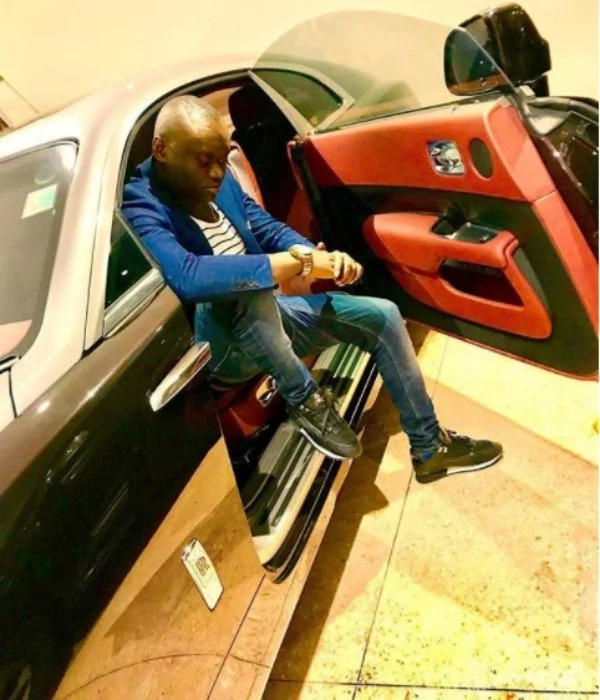 Yesterday night, flamboyant businessman Kevin Obia alias Kevin Kleigh was out and about partying and making merry even after a Nairobi court sentenced him to one-year imprisonment in a six-year fake gold scam case.

Obia was found guilty of attempting to defraud an Austrian of more than Ksh.13.7 million while pretending to be in a position to sell him 7kg of gold.

Magistrate Francis Andayi gave the controversial businessman an option of Ksh.300,000 as fine.

Obia was charged with obtaining Euros 127,000 (Ksh.13.7 million) on May 1, 2015 at the Hilton Hotel, Nairobi, from Christian Gallati by falsely pretending he would sell him 7kg of gold.

Magistrate Andayi, in his ruling, noted that there was a bigger person behind the said scam, whom he identified as Jared Otieno.

“Jared Otieno is still at large and they have failed to arrest him,” the court noted.

Well, Obia took to his Instagram and posted how his life is still "soft" and luxurious by showing off his designer outfit.

He posted various videos on a night out, surrounded by swooning damsels, in a crowded club having fun.

Just to prove that he has not been incarcerated, Obia even took time to show off his drip with the caption, "When Kevin Obia get's silly."

In another Instastory, where he reacted to the story about his 1 year jail sentence, he asked, "Why you all mad though?"

A year later, Big Kev revoked the written will and recorded his last dying wish in a video on his mobile phone.
Exclusives
1 month ago