A woman has revealed how her best friend’s fiancé raped her while she slept beside her.

Katerina Hallsworth, 23, from Peterborough, was attacked in December 2015 after she fell asleep in bed with her friend Sarah*.

She woke up to Sarah’s fiancé, Lee Holland, now 39, raping her. A year later – in December 2016, Holland was convicted of raping Katerina and jailed for six years.

Now Katerina has bravely waived her right to anonymity to speak out about the attack for the first time, in the hope of helping other women who’ve experienced sexual attacks.

Katerina, a stay-at-home mother, said: ‘That night completely changed my life, I’ve been suffering from nightmares ever since.

‘Now I want to help other women who might be going through what I have, and let them know there’s light at the end of the tunnel.’

Katerina met Sarah and became best friends at college in September 2014. She said: ‘Sarah and I were attached at the hip. After college, we’d go to each other’s houses and watch films.’

She’d been with her fiancé for around 18 months, and I’d only met him three times.  We’d never said anything more than hello to each other.

‘At the time, my fiancé Rob, 23, used to live 120 miles away from me. So Sarah was my rock, and always took my mind off missing him.

In December 2015, Sarah invited Katerina to her house for a girly sleepover. Katerina said: ‘Sarah was an hour late to pick me up, so I cracked open a bottle of wine while I was waiting.

I didn’t usually drink, but my parents were out so I wanted to let my hair down. By the time Sarah arrived, I’d finished the bottle and was already drunk.

She explained: ‘She took me to her house and I wound down the window hoping the fresh air would sober me up. 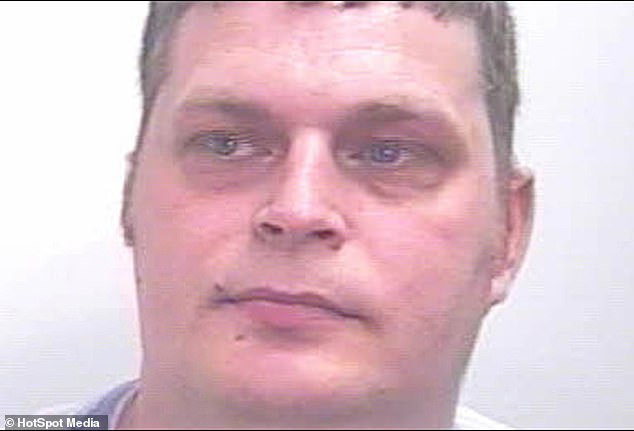 ‘When we got there, Sarah’s fiancé Lee was outside having a cigarette. But, instead of chatting, I rushed to the bathroom as I felt nauseous.’

During the next three hours, Katerina stayed slumped next to the toilet, throwing up. Eventually, when she had stopped being sick, Sarah helped her to her feet and suggested they go to sleep.

I climbed under Sarah’s sheets and passed out.  One hour later, I woke up to something pinning me to the bed.

‘I opened my eyes and realised what was happening. Lee was on top of me, raping me.

‘I looked down and saw he’d also taken my leggings and underwear off too. I wanted to scream but I was too afraid so I clenched my eyes shut.

Then when I pretended to be waking up, Lee got off me. Sarah was still fast asleep next to us.

Afterwards, Lee pulled on his clothes and left the room. Katerina, who was still drunk, fell back asleep.

When she woke up in the morning, she had flashbacks of Lee raping her. She says: ‘I felt so ashamed and embarrassed.

‘I crept out of the bedroom and headed for the stairs. But Lee cornered me in the hallway and said “morning” while smirking at me.

‘I felt a rage burning inside me, but I kept calm. When Sarah woke up, I told her I needed to go home immediately.

‘I wanted to tell her what Lee had done, but I couldn’t find the words. She dropped me home and I called Rob.

‘I told him that Lee had raped me, I couldn’t stop sobbing. He demanded that I tell my mum immediately so I did and she called the police. I was hysterical.’

He was jailed for six years, with an extra three years on licence. He was also given a 10-year restraining order against Katerina and was put on the sex offenders’ register.

Katerina says: ‘I’ve not spoken to Sarah since that night. I was relieved Lee was jailed, but I still think he could have got longer.

‘Since then I get horrible flashbacks of Lee on top of me. I’ve been to hell and back, but I sleep better at night knowing Lee is behind bars where he belongs.

‘It’s been a very rocky road but I’m finally getting better now.

She explained: ‘Throughout it all, Rob has been my rock and has helped me through so much. We’ve now got a little boy, Oakley-James, and I’m putting all my efforts into being the best mum I can.

‘I’m now just trying to look forward to the future and put this behind me.’

‘I love you beyond measure,’ Kobe Bryant’s last message to daughter Gianna before chopper crash

Daddy’s gal! Photos of Kobe Bryant and daughter Gigi who died in a helicopter crash

Last moments of Kobe Bryant before his helicopter crashed

RIP Legend! Last message by Kobe Bryant to the world hours before his death

‘I left with a handbag only,’ TV presenter Doreen Majala reveals...

May God comfort them! Here is the young family Kobe Bryant...

How a gun was stolen from DP Ruto’s residence by a...