During the 2022 elections, Mwangi was a big supporter of the then-Azimio running mate and NARC Kenya party leader Martha Karua.

• Boniface told Mark Masai that his kids had lost out on jobs because of who their father is. 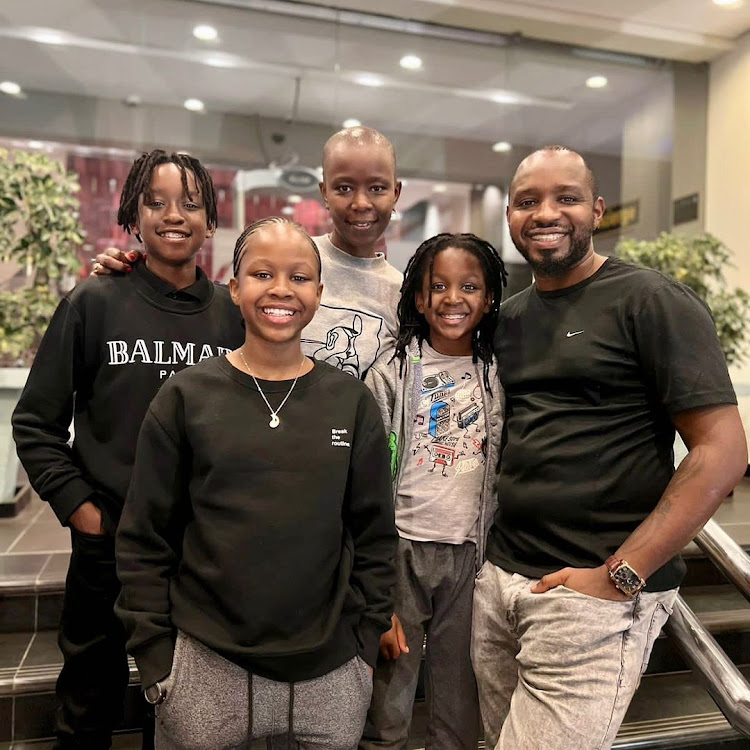 Boniface Mwangi with his wife and kids.
Image: Instagram

Social rights activist and former Starehe politician has disclosed the toll that participating in the political arena has had on him.

The father of 3 who became a household name with his infamous photos of the 2007/8 post-election violence has revealed this during an interview with Mark Maasai on his show, The Social Newsroom, M

Boniface told Mark that his politicking had had a negative effect on his 3 kids so much so that they get kicked out of many places because of who their father is.

“There is a lot that you lose. I have raised very smart kids, My kids could do commercials and adverts but when my kids go for auditions they get canceled."

He added that even he himself had to suffer from his life as a public figure in politics saying that getting jobs had become difficult for him.

“I would ask for a job but when they learn it's my name I get canceled,” he narrated.

So has the experience soured the famous activist or does he still have the hunger to fight for change as a politician?

Boniface said that he wasn't interested at the moment as (bribery which he doesn't condone) is a big part of electioneering.

"Politics have to change, the way they are, is a no for me. I vied with a small party but never won because voters want money. They want to be bribed. They vote for the people with money but after being elected they don’t serve them," he noted.

The charismatic Twitter big wig is now running his own businesses now that he is out of the political game and getting a job is a hustle.

His only concern is that getting an office is an issue for him as he feels that he might be evicted if the owners of the premises are connected to a political entity.

“I have been looking for an office for the last two months but I have to be very careful because if it is a government or politically connected building  I will be evicted."

During the 2022 elections, Mwangi was a big supporter of the then-Azimio running mate and NARC Kenya party leader Martha Karua.

Why Boniface Mwangi will not be active on social media

Boniface is an active social media user who commands hundreds of followers all his platforms.
Entertainment
2 months ago