"We rode in a Noah, to an unknown location."

• "We realised Kenyans had moved on, and we said we can no longer hide." 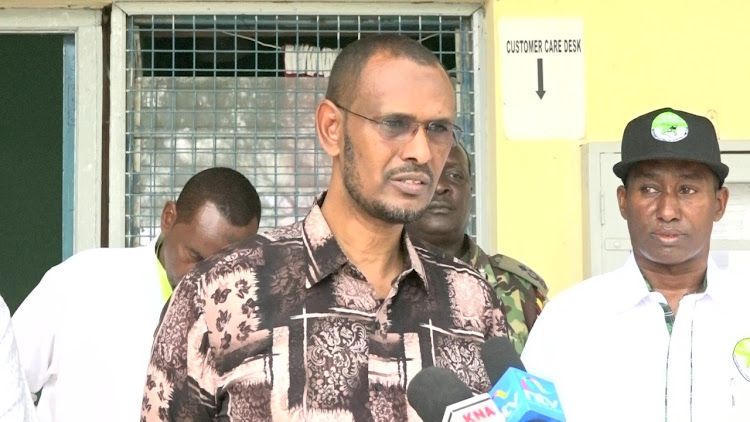 IEBC Commissioner Abdi Guliye has revealed he went into hiding for three days following the August 2022 Bomas of Kenya drama.

Speaking during the launch of the 2022 post-election evaluation report at Safari Park in Nairobi, Guliye said he was with the commission's CEO Marjan Marjan and Commissioner Boya Molu at an unknown location.

"After the Bomas announcement of the presidential results, I recall going into Siberia in my own county together with CEO Marjan and commissioner Molu, we went into hiding, put off our phones and left them at Bomas," he said.

The commissioner said they had to send away their security, left Bomas and rode in a Toyota Noah.

"We rode in a Noah, to an unknown location," he said.

Guliye said the only contact the three had to Kenyans and the world was the Television.

"We watched the Television just to check whether you were killing each other or you were celebrating," he said.

"After three days of hiding, we realised Kenyans had moved on, and we said we can no longer hide."

Guliye also thanked the Bomas choir that kept the country entertained during the drama.