• The results were announced by IEBC chairman Wafula Chebukati at the Bomas of Kenya national tallying centre on 15th August 2022. 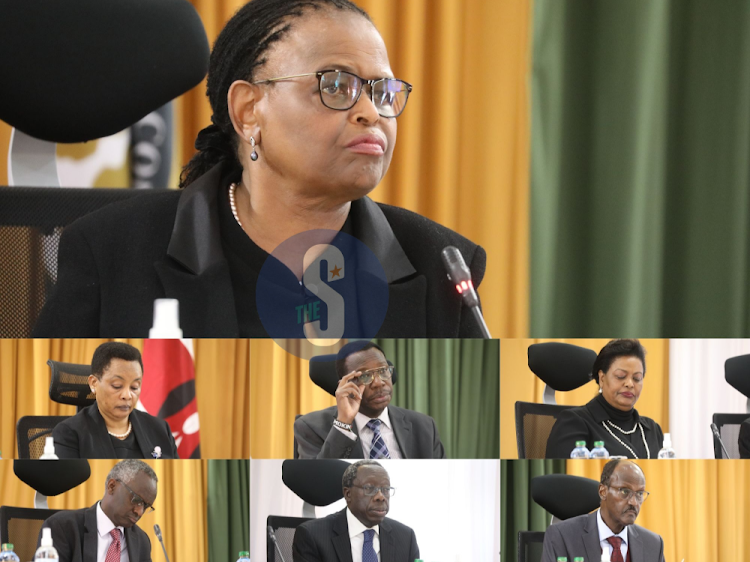 Supreme Court Judges who are set to deliver their final verdict on Presidential petition
Image: The- Star

The Supreme Court has finally delivered it's verdict on the Presidential petition, confirming William Ruto as President-elect.

When determining whether a presidential candidate received 50% plus one of the votes cast in accordance with Article 138(4) of the constitution, Koome ruled rejected ballots cannot be taken into account.

Based on the results Chebukati declared Ruto as the President Elect.

This led to 9 petitions being filed before us."

"2 Presidential petitions were struck out for failure to meet constitutional threshold. All the 7 petition sought similar issues. We asked they be consolidated as one."

Martha Koome says the biggest challenge IEBC faced is lack of trust by the people.

In addition she said; "No credible evidence to prove that someone interfered with form 34A's. It was explained and demonstrated how  the kits captured the image of form 34A.

"Original form 34A's intercepted were the same as those on the public portal and those presented to the court."

Koome says there was no enough  evidence to overturn Ruto's won.

"There were no differences between online and physical form 34A. No evidence was provided to prove the same. We find that the Chairperson cannot exclude other commissioners from verifying the Presidential results," Koome explained.

IEBC Vice Chair Person, Juliana Whonge Cherera ,through a presser distanced herself from the Presidential results.

She and  three other commissioners said the commission was not  responsible for the Presidential results announced.

She was speaking during a presser at Serena Hotel.

"We cannot take ownership of the results that are going to be announced. Because of the opec nature of the last phase of the general election.

But there will be room for people to go to court. We urge Kenyans to be peaceful because the rule of the law will prevail."

"We have faced the challenge that have been there step by step. we ensured things were running despite everything else.

We are not at Bomas of Kenya because we cannot take ownership of the results."

Raila commended Cherera and the other commissioners for being brave enough to stand against 'impunity.

The full judgement will be made after 21 days.

Supreme Court will issue a judgement on the presidential petition hearing at 12pm on Monday, the Judiciary has said.
Exclusives
3 months ago

Final verdict on presidential petition to be issued at 12pm - Judiciary

The Judiciary has announced that the Supreme Court will rule on the presidential petition hearing at 12 p.m. on Monday.
Politics
3 months ago
WATCH: For the latest videos on entertainment stories