• To back up his case, Ruto disclosed that all the foods that the country has all along been importing has GMO but which he stated was within the one percent required by the Kenya bureau of standards (KeBS). 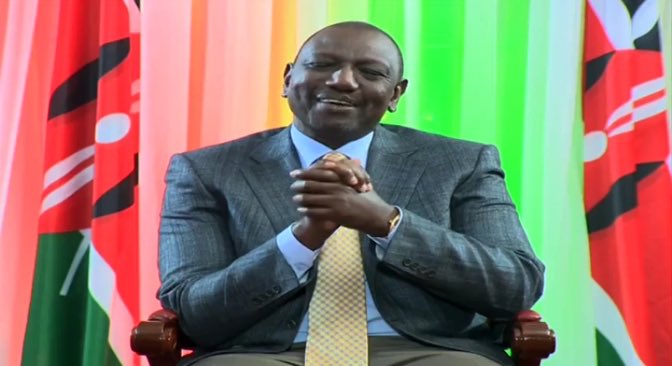 To back up his case, Ruto disclosed that all the foods that the country has all along been importing has GMO components but which he stated was within the one per cent required by the Kenya bureau of standards (KEBS).

He added, "I cannot put at risk the lives of the people who elected me...I am a scientist, all the scientists in the country are in agreement that GMO has no effects," he said.

Ruto was speaking during a televised media interview at Statehouse Wednesday night.

The president said those opposed to the importation of the product are individuals who are out to distract him from his course to address the food insecurity in the country.

"This is a propaganda peddled by individuals who do not want to see us solve this problem," he added.

He said the whole of South Africa, and the USA were 100 per cent using GMO products yet there are no proven effects on the lives of its people.

Ruto defends his government over the rise in cost of electricity

President William Ruto has defended his administration against criticism brought on by the rise in the cost of electricity.
News
1 month ago

President William Ruto has said the price of maize flour would have hiked to Sh3oo if he had not won the August election.
News
1 month ago

How Helb will be scrapped under Ruto's radical plan