The legislator says it was senseless for any leader in Kenya to play the tribal card.

• His remarks come at the backdrop of elected leaders teaming up along their tribal affiliations to push for specific agendas for the regions they represent. 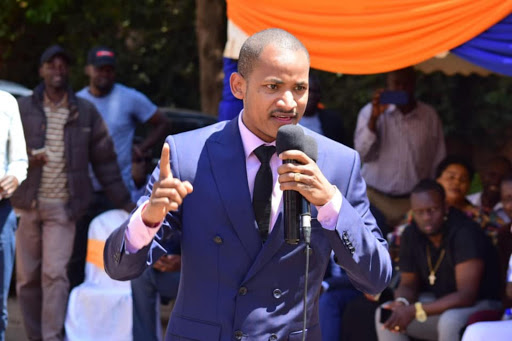 Babu Owino, the Embakasi East MP has said that most of the leaders Kenyans elected to office are stupid.

The legislator said it was senseless for any leader in Kenya to play the tribal card. The vocal and controversial MP also insisted that it was also meaningless.

His remarks come against the backdrop of elected leaders teaming up along their tribal affiliations to push for specific agendas for their regions.

During political campaigns in Kenya, those seeking office have consistently campaigned by meeting their constituents based on their tribes.

However, during the 2022 campaigns ahead of the August General elections, the campaigns were primarily based on the country's economic transformation as opposed to voting along tribal lines like in the past.

President William Ruto who was then DP urged Kenyans to reject leaders who were banking on tribal politics to ascend power.

The Embakasi East MP's remarks elicited mixed reactions from Twitter users and here is how they reacted;

Dan Tumbo@DanTumbo5 For the first time I agree with you

The complex Ideologiest Absolutely true starting with the Dp

Some parents have taken to social media to thank Embakasi East MP Babu Owino for his online classes.
Entertainment
1 month ago

Babu Owino on crazy DM's he gets from ladies