The politician is in Dubai according to his update

• KOT have asked him if he was there to intervene in the fight over Samidoh. 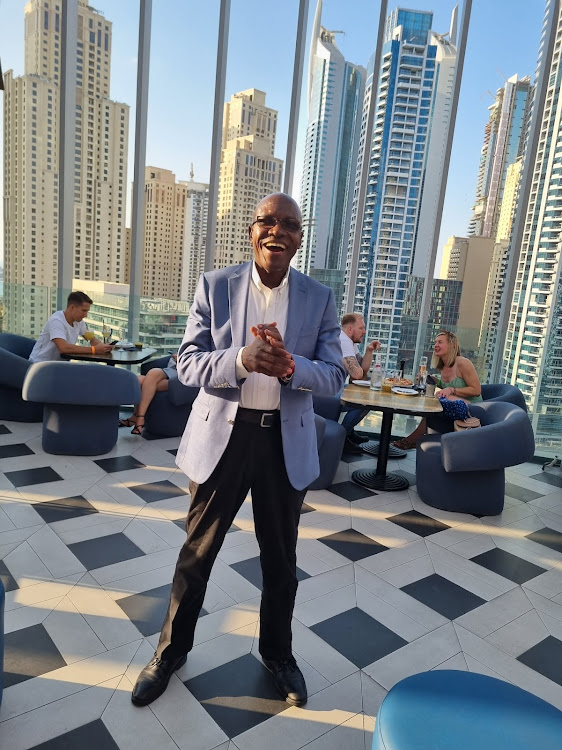 Kenyans want to know if Boni Khalwale who is in Dubai intervened after the fight over Samidoh in a Dubai club.

Senator Khalwale had disclosed that he was in Dubai and shared an update with Kenyans about his fun times.

The politician informed Kenyans on his social media that he was in Dubai sharing a photo on the rooftop of a building.

However, the beautiful scenery was not on the minds of Kenyans. Instead, KOT appealed to the Senator to visit Mugithi singer Samidoh and check on his condition.

@fesmeta Give some words of wisdom to our boy Samidoh na Karen.

@JimmyTwo17 Salimia senator Karen nyamu naskia ako huko pia Omwami have you by any chance seen your colleague Karen Nyamu there? Please offer her some guide on how you have successfully managed polygamy so that she don't disturb Samidoh.

@WachiraKE_ Senator, might you be in the company of your colleague [nominated] senator?

There was an altercation between Karen Nyamu and Samidoh's wife on Friday, December 16. It started when Nyamu went straight to where Samidoh was seated and forcefully sat on his lap.

Edday, stood and grabbed her husband's hand even as the security guards tried to separate the two women.

A video circulating online shows Nyamu and Samidoh in a confrontation. And minutes later, Nyamu is said to have lost her cool and almost slapped her baby daddy but his bouncers intervened.

Edday stood up and tried to grab Nyamu away from her husband before Nyamu was taken away by the guards.

'No wife should be undermined!' Stephen Letoo warns Samidoh

Karen Nyamu reveals why she behaved so poorly in Dubai

Senator Karen Nyamu has come out to say she will leave her dramatic behaviours in 2022. Nyamu took to Facebook and said she does not want drama in ...
Entertainment
1 month ago
WATCH: For the latest videos on entertainment stories