Muhoozi has made other controversial statements

• Muhoozi said his mother, Janet Museveni has always been an angel to him.

• Muhoozi said that becoming Ugandan President is the only way he can repay his mother. 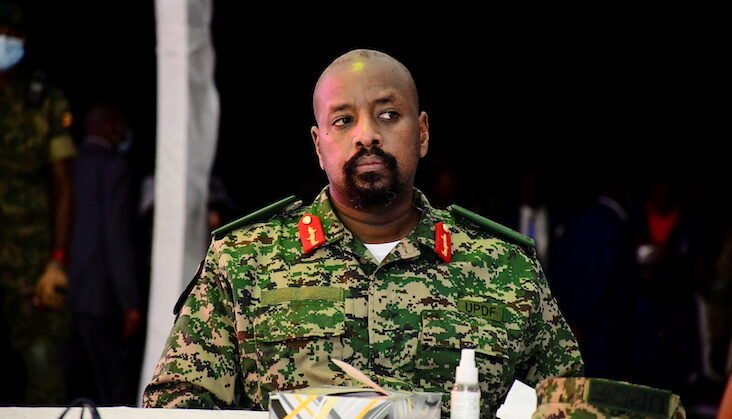 Ugandan president Yoweri Museveni's son Muhoozi Kainerugaba has hinted that he would want to inherit his dad's career.

The controversial general said that is the only way he can repay his mother. This is part of his continued Twitter 'outbursts' on taking over after his father Yoweri Museveni, while at the same time putting the Ugandan opposition on notice.

"The only way I can re-pay my great mother is by being President of Uganda! And I shall definitely do it!" he said on Thursday."

Earlier on, Muhoozi said his mother, Janet Museveni was an angel to him.

"My mother has always been an angel for me. She is simply perfect! Like most men feel for their mothers!"

Just a few days ago, Muhoozi had said that he would become the country's next President-designate. 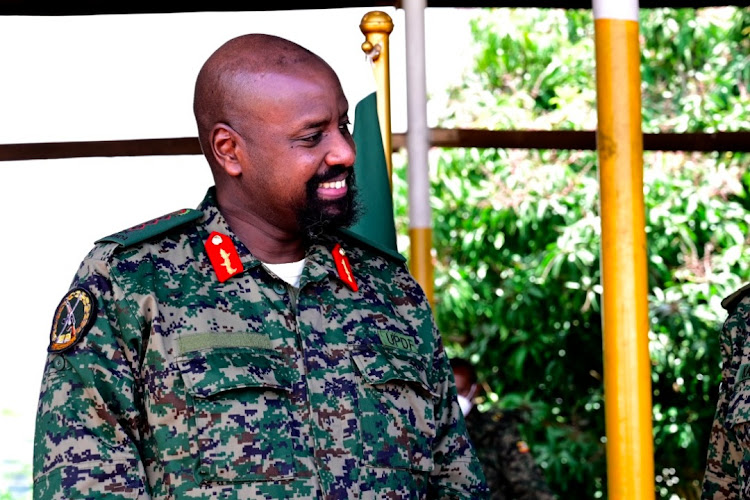 He expressed confidence that he would defeat the opposition which is under musician-cum politician Robert Kyagulanyi alias Bobi Wine.

Prior to that, Museveni had barred General Muhoozi Kainerugaba to leave twitter to avoid posting on any more state affairs.

The 78-year-old president speaking in an interview acknowledged that he had not been pleased by his son's tweet thus why he and the blue app were getting sent to time out.

“He will leave Twitter. We have this discussion. Twitter is not a problem. The problem is what you are tweeting about," Museveni said.

President Museveni however did add that his son is still allowed to be on social media as long as he restricts himself to comments about sports only.

“Talking about other countries and partisan politics of Uganda is something he should not do and he will not do it.” Said Museveni sternly.

Muhoozi has offered 20o cows to the family of the woman he is interested in.
Entertainment
1 month ago
WATCH: For the latest videos on entertainment stories