• William Ruto has been using the hustler slogan during his presidential campaigns. 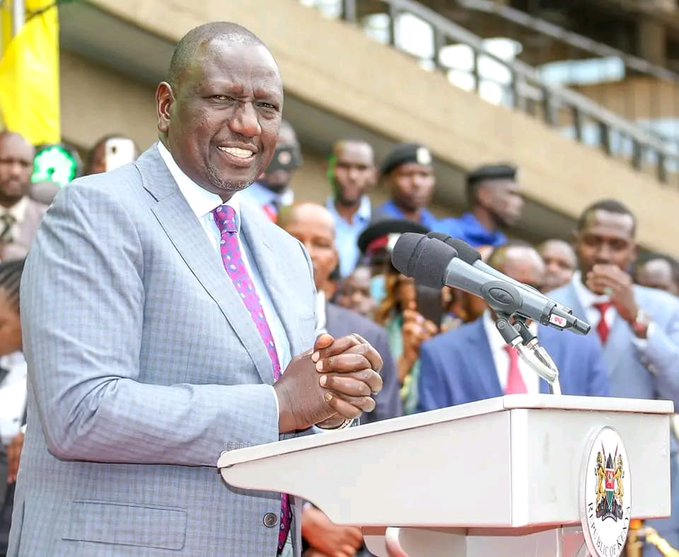 President-Elect William Ruto. He said he is overwhelmed by the reality that he is now a President.
Image: Twitter

President-elect William Ruto was interviewed by CNN International Correspondent Larry Madowo on why he refers to himself as hustler-in-chief.

According to a throwback video on Madowo's Instagram page, Ruto said his humble beginning pushed him to identify as a hustler.

He explained that most of the people who have politically fought him had godfathers in politics and that has worked against him in many ways.

"I am the hustler in chief since I come from very far and that sometimes has worked against me with my other competitors. You know, President Kenyatta is the son of the former President and Raila Odinga is also a son of a former vice president," he said.

"So whenever they look at me and they ask me, and so, and who the hell are you? I have come to accept that I may be a child of nobody but we want to make this country a country of everybody."

Ruto empathized with equality in leadership.

William Ruto's presidential win in the August general elections was on Monday validated by the Supreme Court.

President-elect William Ruto and his Deputy President-elect Rigathi Gachagua will be sworn in at the Moi International Sports Centre, Kasarani on Tuesday, September 13, 2022.

Earlier today, the President-elect confirmed that he had talked with outgoing President Uhuru Kenyatta on transition matters.

"I had a telephone conversation with my boss, President Uhuru Kenyatta. We discussed the just concluded General Election and the transition as envisaged by our democratic tradition and practice," Ruto shared.

Azimio la Umoja's Raila Odinga said he was not satisfied with the decision of the Supreme Court of Kenya after it dismissed his petiti0n on Monday.

In a statement after the verdict, Raila said although the judgment was not in their favor, it does not end the Azimio la Umoja movement.

William Ruto and Uhuru Kenyatta have talked about the just concluded General Election and the transition as envisaged by our democratic tradition and ...
Politics
4 months ago

Rachel Ruto quoted a bible verse, noting that her husband, Ruto was born and destined for the win.
Politics
5 months ago
WATCH: For the latest videos on entertainment stories

Ruto reveals details of his phone call with Uhuru