Today was baby Uhuru's day out 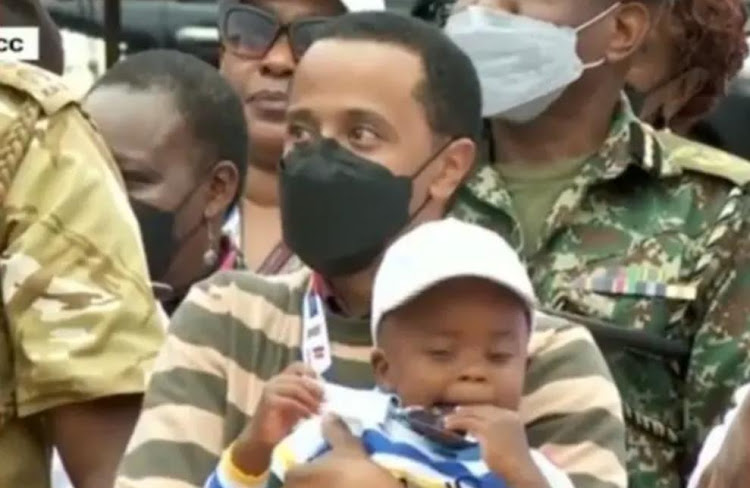 Today was baby Uhuru's day out. The grandson of the most powerful families in Kenya was one of the guests who witnessed the flagging off of the prestigious World Rally Championship.

The WRC Safari Rally is a project that is dear to Kenyan President Uhuru Kenyatta.

In her speech, the Cabinet Secretary, Ministry Of Sports, Culture, And Heritage Amb. (Dr.) Amina Mohamed said, "The Safari Rally is one of the flagship projects of His Excellency Uhuru Kenyatta, the President of the Republic of Kenya, who played a key role in its return in 2021, after a 19-year hiatus; a promise that he pledged in 2013, and kept."

Adding, "Thanks to His Excellency, the government has reaffirmed its commitment to the WRC circuit and promises to fund the project in Kenya for the next five (5) years and beyond."

Uhuru's eldest son, Jomo Kenyatta, was at hand to support the flagging off of the WRC Safari rally on Thursday, he brought along his second born, a son named after the commander-in-chief.

Jomo was filmed holding baby Uhuru who had on a striped shirt and a white cap. 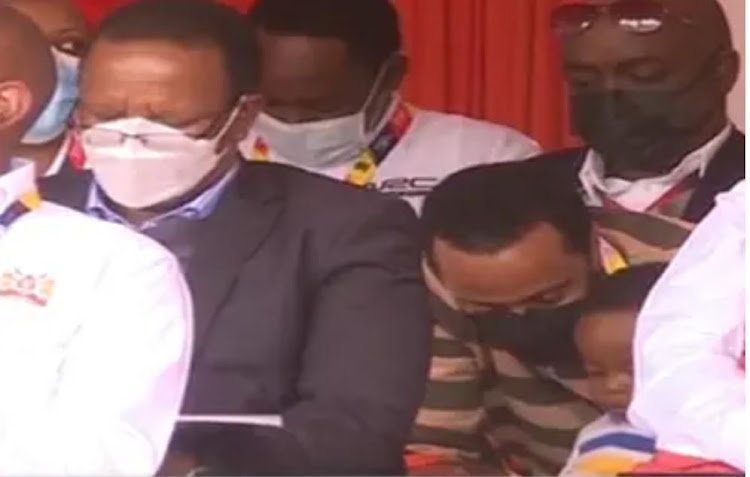 His dad had on a black mask and was straddling baby Uhuru in his hands.

Jomo and his wife Fiona Achola welcomed baby Uhuru on May 27, 2020.

This was Jomo and Achola's second child. Uhuru was born at the private wing of the Nairobi Hospital.

This is not the first time that Baby Uhuru has been seen in public, when he was a year old he was spotted at the Lewa Conservancy during the popular marathon hosted at the conservancy.

Ngina Kenyatta got married at a traditional wedding over the weekend.
Exclusives
7 months ago

Here are some quick facts about Uhuru's new son-in-love, Alex Mwai.
Exclusives
7 months ago
WATCH: For the latest videos on entertainment stories