• The first family's daughter Ngina is known to keep her private life away from the public. 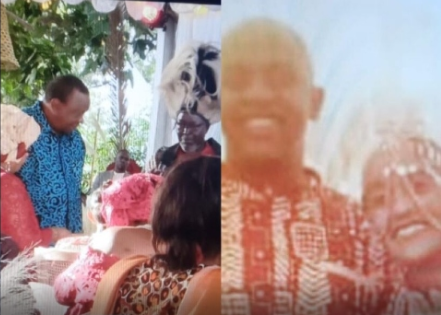 Ngina Kenyatta got married at a traditional wedding over the weekend.

According to photos shared by close friends who attended the wedding, Ngina's wedding theme was African attire and the colour blue dominated the event.

Among those who attended the wedding was Health CS Mutahi Kagwe.

She wore a stylish purple hat and a matching floral African dress with a pearl necklace. 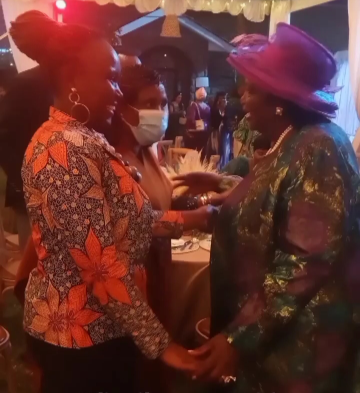 Mama Ngina (R) at the wedding of her granddaughter.
Image: courtesy

The news of the wedding ceremony was revealed by the former State House Digital Strategist Dennis Itumbi.

Adding, "May God fill your journey with blessings solidify your union with renewed love and importantly grant you a great family." 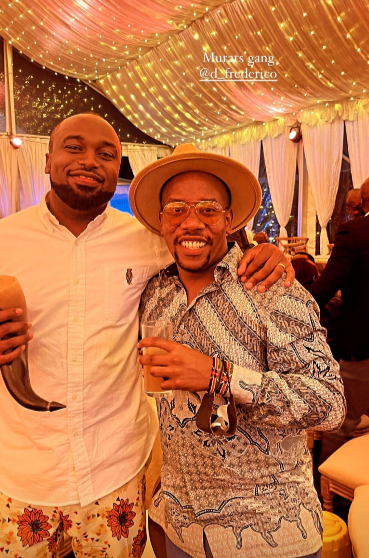 The first family's daughter Ngina is known to keep her private life away from the public.

She was engaged to Alex Mwai son of the Karen Club General Manager Mr Sam Mwai.

Alex is an Investment Director at Hesabu and previously worked with Ken Gen company.

He holds a Bachelor's degree from Dedham University in the UK and ABF from IEB school in Real Madrid.

A source told Mpasho that the theme of the wedding was red.

"The bride looked stunning in her outfit and her bridal party was dressed in red. The event was fabulous and everyone was dressed up and ready to celebrate the newest married couple in town."

Last year, President Uhuru Kenyatta's daughter was at a city hospital where she give birth to her first child.

Our source said, "Ngina Kenyatta is giving birth there. She's already at the hospital."

Her philanthropic mother, first lady Margaret Kenyatta, was also spotted at the hospital.

At the time, Ngina hadn't been seen in public for many months, prompting speculation about her whereabouts.

The interesting thing is that Mpasho had also heard it through the grapevine late last month that Ngina was getting married to the son of a famous business tycoon.

Check out more photos from the traditional wedding; 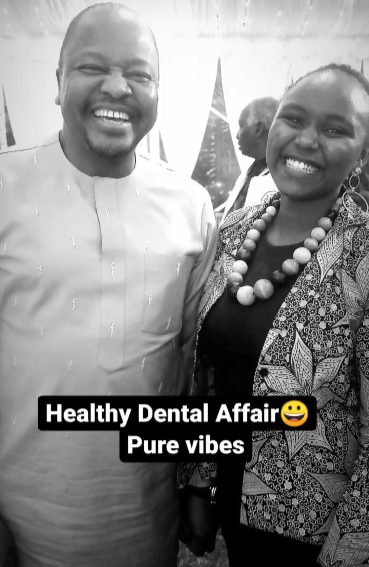 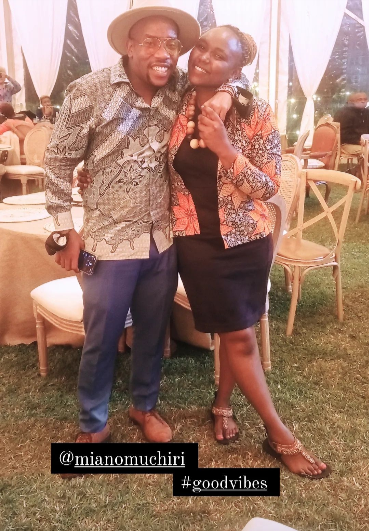 Here are the stages of a Kikuyu traditional wedding that Ngina Kenyatta and Alex Mwai went through.
Entertainment
2 weeks ago

Here are some quick facts about Uhuru's new son-in-love, Alex Mwai.
Exclusives
2 weeks ago
WATCH: For the latest videos on entertainment stories