• Moses Kuria says he is determined to make sure no Kenyan dies from hunger. 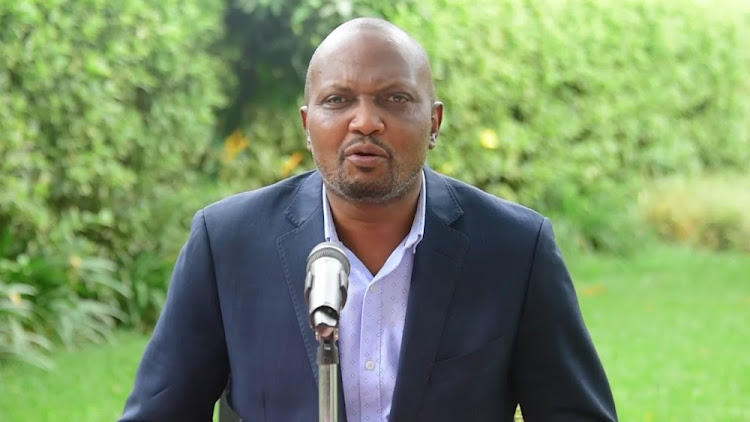 Moses Kuria . The trade CS says he is determined not to let any Kenyan die from hunger.
Image: The-Star

In a statement on Tuesday, Trade CS Moses Kuria defended Maize importation saying that it is Kenyans' lives at stake.

"The Government campaigned on a pledge to lower the cost of living and ensure no Kenyan dies of hunger. This is our unanimous and collective primary duty and an irreducible minimum," Kuria said.

"We will do exactly that even as we safeguard the interest of farmers. Bora uhai, siasa baadaye!"

The CS is under fire after a section of the Rift Valley MPs threatened to collect signatures to impeach him.

"As MPs from maize-producing regions, we seek to know the reason as to why ships are already docking in Mombasa Port without the laid out legal procedures," Cherargei said.

Pokot South MP David Pkosing said that they will collect signatures from Wednesday seeking to impeach Kuria if he doesn't change.

"He will be the first Cabinet Secretary to leave office. We will impeach him. We will collect signatures if he doesn't change," he said.

Yusuf Hassan who is a Kamukunji member of parliament has clapped back at the Trade Cabinet Secretary, Moses Kuria's sentiments on GMO foods.
Politics
2 weeks ago

Raila explains why he changed his stand GMO

ODM leader Raila Odinga has  clarified  his recent stand on GMOs that has elicited sharp debate among Kenyans.
News
2 weeks ago
WATCH: For the latest videos on entertainment stories