MP Hassan tells Moses Kuria to be careful with his words.

• Moses Kuria urged to reverse his sentiments on GMO  to the members of the public.

•The Kenya Conference of Catholic Bishops likewise fingered at Kuria calling upon him to tender an apology to Kenyans. 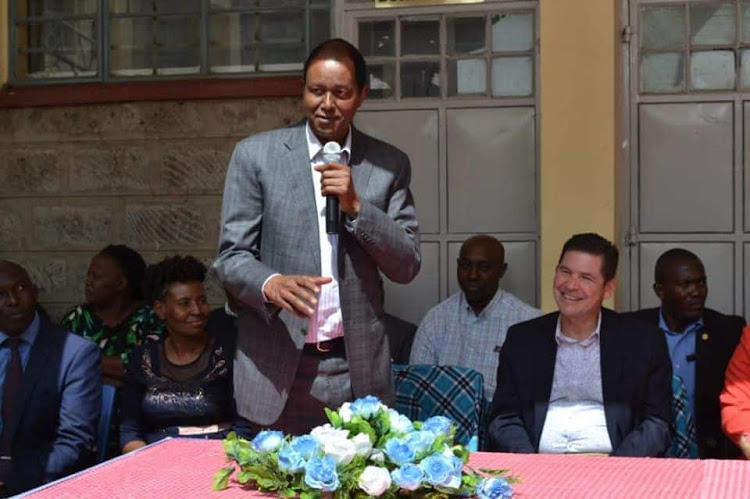 MP Hassan Yusuf warns Moses Kuria of his sentiments to the public, wants him to be careful and respect the public.
Image: Instagram

Yusuf Hassan who is a Kamukunji member of parliament has clapped back at the Trade Cabinet Secretary, Moses Kuria's sentiments on GMO foods.

The MP recommended that the Cabinet secretary be assigned a minder if he fails to withdraw his controversial remarks to the public. He started;

"He is now talking about GMOs as if it is an ordinary thing, and about death and suffering. He should be careful and if not then he should have a minder to keep him away from the media."

This comes after a viral clip of the CS surfaced online saying that GMO-infused maize can be added to the death list since Kenya has so many things that will kill you.

The politician said that Kuria should respect the office and stop with his utterances that can spark outrage from the public.

Speaking to Citizen TV, Yusuf claimed that Kuria's brain is disconnected from his mouth "and should be sensitive on matters affecting the public.

"His brain is disconnected from his mouth. He speaks whatever he wants regardless of the consequences and he is the Cabinet Secretary. What he says carries weight. He should respect the office that he holds and should respect the citizens of Kenya."

Kuria received backlash from both members of the public and prominent leaders including Azimio la Umoja Raila Odinga.

"As a party, we believe the matter of GMO foods in our country is too serious to be reduced to a cruel and juvenile joke. We call upon Mr. Kuria and the UDA regime to apologize to the Kenyan people," said Raila

The former prime minister accused him of lacking scientific literacy and using power to demean Kenyans.

"Officials who lack scientific literacy on such serious matters must never use their office to demean the Kenyan people as though we are a helpless, enslaved lot," he added.

The Kenya Conference of Catholic Bishops likewise asked Kuria calling upon him to tender an apology to Kenyans.

We'll still die - Kuria on having GMO foods in Kenya

Investment, Trade and Industry CS Moses Kuria has once again been on the spotlight after controversially admitting that GMO crops can also lead to ...
Entertainment
2 weeks ago

Prominent legal expert Miguna Miguna has faulted President William Ruto's government over the reintroduction of GMO foods in the country.
News
2 weeks ago

Grace Mwai and bae pray before and after intimacy