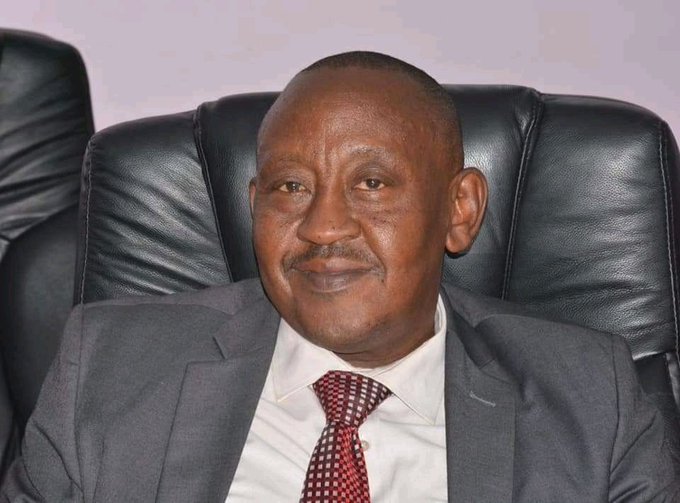 A medical appeal from Vioja Mahakamani actor Gibson Gathu has been boosted by President Uhuru Kenyatta.

According to the prosecutor on the show, President Uhuru donated cash to the appeal. Revealing the details to Nation, Gibson said the transplant will be done in Eldoret in July.

“President Kenyatta who is a good friend did send his personal donation of Sh2 million. We as a family and the committee thank him for the support,” he said.

Gibson also told the Nation that others rallied around him and they almost hit the targeted amount.

“Dialysis is expensive. Your insurance cover gets exhausted and you start spending off your pocket. You know, insurance is limited. Every day you visit, the dialysis is from Sh10,000 and you have to go three times a week,” he said.

A medical appeal poster read that Gibson’s kidneys failed in 2020 and he has been attending dialysis twice a week.

The appeal said that Gibson had a kidney donor but requires sh 6 million for a scheduled kidney transplant.

Gibson is famous for his iconic role of ‘prosecutor’ in the KBC tv court drama show.

Speaking to the Standard in the past, the actor said he hasn't been well, and was in hospital for different procedures, where sadly, a Kidney failure diagnosis was made.

“I have been undergoing dialysis for a while and doctors recently recommended a kidney transplant. The procedure will take place towards the end of July and I need around Sh6million. There are some drugs I will take for the rest of my life after the transplant and they are quite costly,” he said.

It was a tough journey but I was happy that I was pregnant. I stayed indoors for almost 8 months.
Entertainment
3 weeks ago
WATCH: For the latest videos on entertainment stories