• The National Afro-Swedish Association is calling the episode a "racist spectacle."

• The performance and cake were statements against female genital mutilation 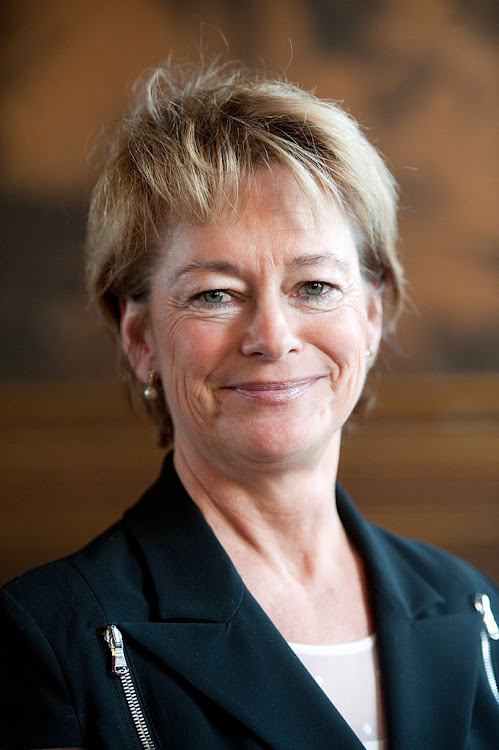 A photo of a laughing Swedish culture minister Lena Adelsohn Liljeroth cutting into a cake designed as a racist caricature of an African woman has gone viral.

Lena Adelsohn Liljeroth cut the cake at an art event, and the pictures went viral.

The cake was Afro-Swedish artist Makode Linde's latest work, part of a World Art Day celebration at Sweden's Modern Museum. He created a life-sized depiction of the upper body of a black woman. The head of the cake was the real artist's head, and he was painted in stereotypical black face, the kind historically used in minstrel shows. Each time an attendee carved a slice from the cake, he screamed.

The performance and cake were statements against female genital mutilation, Linde told NPR's Tell Me More. "I've been re-appropriating the black face, or the golliwog face, and putting it in different contexts. I usually put it on different symbols, like ancient philosophers or Greek gods."

According to BBC, the incident involving Lena Adelsohn Liljeroth happened at the Museum of Modern Art in Stockholm.

The BBC also quotes Radio Sweden publishing that the museum said the cake was supposed to highlight the issue of female circumcision.

The cake cutting was on Sunday. The minister did issue an apology Thursday, writing: "I am sincerely sorry if anyone has misinterpreted my participation."

The incident has elicited sharp reaction with #swdengate trending on Twitter.

People are writing of their frustration with racism worldwide.

Natalie's classmates were surprised she could speak good English as an African
Exclusives
4 months ago
WATCH: For the latest videos on entertainment stories