Monkeypox is a rare disease that is caused by the monkeypox virus.

• The PS is in Kisii for the Tobacco Farm function courtesy of the World Health Organisation.

• Mochache said tobacco still remains the primary cause of many diseases in the world. 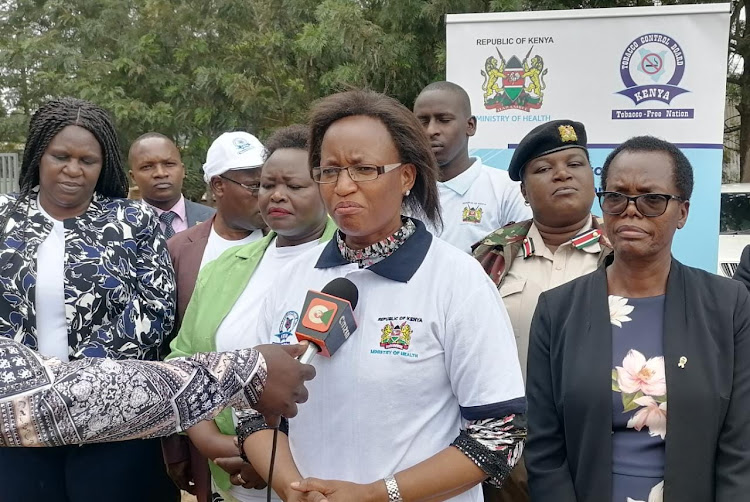 The government has stepped up monkeypox surveillance amid the growing outbreak in Europe.

PS health Susan Mochache said the country had not recorded any cases so far.

Monkeypox is a rare disease that is caused by the monkeypox virus. The virus belongs to the Orthopoxvirus genus in the Poxviridae family.

Mochache said though they have taken measures to control the infiltration of the disease, it is not the moment to drop guard.

"Neither Kenya nor our sister countries in the region have registered any case. Even then, we have done all that is required already to stem possible spread in the country," said Mochache.

The PS is in Kisii for the Tobacco Farm function courtesy of the World Health Organisation.

The function drew participants from Kisii, Nyamira and Migori.

Mochache said tobacco remains the primary cause of many diseases worldwide, including cancer, heart disease, stroke and lung diseases.

Smoking also increases the risk of tuberculosis, certain eye diseases, and problems with the immune system, including rheumatoid arthritis.

Mochache said stopping tobacco farming is part of the efforts aimed at dealing with the long term effects caused by tobacco products.

On the Covid-19 pandemic, the PS asked Kenyans to exercise caution, saying the rise in infections is a call to remain vigilant.

She urged Kenyans to wear masks as part of the efforts to curb its spread.

Mochache said the statistics of those who have turned up for vaccination are still low compared to other countries.

80 cases of Monkeypox confirmed in 12 countries

Monkeypox Infections have been confirmed in nine European countries, as well as the US, Canada and Australia
Lifestyle
1 month ago
WATCH: For the latest videos on entertainment stories