Policewoman who took her own life cremated

Nyawira's family said she left a note to her sister asking her to take care of her six-year-old son.

• Those who attended the event said her ash was picked up for other rituals.

• Only a few friends and family members of Constable Edith Nyawira attended the event. 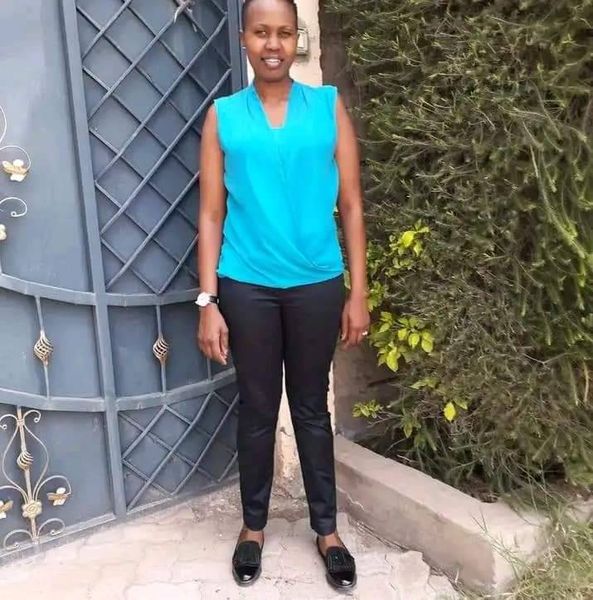 Constable Edith Nyawira who died by suicide on May 17 in Limuru.
Image: Handout

A policewoman who died by suicide was cremated at a private event in the city amid calls by colleagues to address the rising trend in the service.

Only a few friends and family members of Constable Edith Nyawira, 35,  attended the Thursday event. The family said this was per her wishes.

Those who attended the event said her ash was picked up for other rituals. The family said she left a note to her sister asking her to take care of her six-year-old son.

“She also wished her boyfriend goodbye but we do not know what motivated her actions,” a family member said.

On May 17, Nyawira committed suicide at the police camp in Limuru. Nyawira was attached to the Critical Infrastructure Protection Unit.

Police said Nyawira was supposed to guard a local bank.

The team of investigators who visited the scene said they recovered three spent cartridges and two suicide notes addressed to the deceased’s sister and boyfriend.

On Saturday, a police constable attempted to commit suicide by swallowing a concoction believed to be poison.

He was rushed to the hospital where he was admitted in stable condition.

This is the latest such incident to happen and affecting the service. At least a case is reported weekly, officials said.

Police suicides have been on the rise and most are blamed on stress and work-related trauma. As part of efforts to address the problem, authorities have started a counselling programme for the officers.

The National Police Service Commission announced it had established the counselling unit to evaluate, design, and lead an outreach programme to deal with mental health problems and substance abuse.

The programme helps police families and others affected by mental health problems, substance abuse and trauma.

“There is a deliberate drive to destigmatise mental illness and stress and to actively reach out to potential cases, including through the Nyumba Kumi initiative,” Matiang'i said.

'I hide my troubles behind my smile...' Last words of college student before suicide

Things got worse for Monny Muthoni. She even pointed out that "Everyone may hate mi...[that] is the first and the last nail to my tomb...what a ...
Crime
1 month ago
WATCH: For the latest videos on entertainment stories