Chimano speaks on the potential repercussions of saying he is gay

• 'If I miss opportunities for coming out well and good.'- Chimano 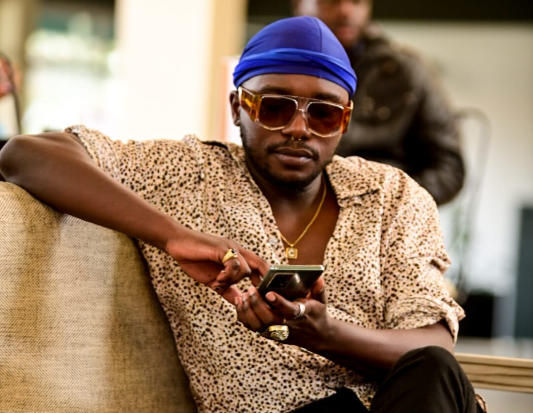 Chimano has asked the government to stop discriminating against gay and lesbian students. The laid-back artiste says every child has a right to an education whether they are gay or not.

Speaking during an interview with Mpasho, he said,

'Saying gay and lesbian students should not be allowed to school is hogwash. That is a form of discrimination and it's so lame. Everybody needs to be fair to each other.

If you are not gay or queer what do you know about it? If a person is gay he is, if he is not he is not. Everybody needs an education.

There is so much that affects students in school so why choose on that yet no one is hurting any one. If I miss opportunities for coming out well and good, I am my first priority. It is part of life and it's what I have to bear.

If I miss it, maybe it was not meant for me.'

Pope Francis tells parents not to condemn their gay children

"If someone is gay and he searches for the Lord and has goodwill, who am I to judge?” the Pope asked.
Entertainment
5 months ago

Chimano's comments come at a time when Pope Francis has said he cannot judge a person who has a relationship with God even if he is gay.

In his latest gesture of outreach to the LGBTQ community, the head of the catholic church told parents to support their children no matter their sexual orientation.

"Parents who see that their children have different sexual orientations, how they manage that and accompany their children and not hide behind a condemning attitude."

In the past, Pope Francis said gay people have a right to be accepted by their families as children and siblings, and has sent notes of appreciation to priests and nuns who minister to gay Catholics.

When asked about gay priests during a spontaneous exchange with the press, he responded;

"If someone is gay and he searches for the Lord and has goodwill, who am I to judge?” the Pope asked.

"They shouldn't be marginalized. The tendency [same-sex attraction] is not the problem... they're our brothers."

Brown said the last time they were together, they were figuring things out.
Entertainment
5 months ago