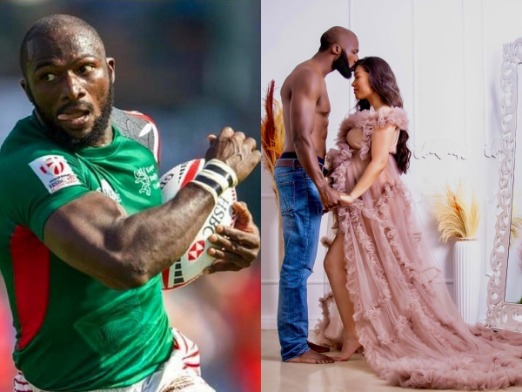 Kenya Sevens star Dennis Ombachi alias the Roaming Chef has opened up about a dark side of his life that saw him attempt to take his life.

In an international campaign posted by World Rugby social media pages, Ombachi narrates how he was in the limelight surrounded by many people yet, he was so alone, struggling with his depression.

"You know you are surrounded by only the best athletes in the world. Physically I was doing well but inside I would say I was dead inside," Ombachi said.

"I attempted suicide. And I would say that was the beginning of my self-discovery journey and unfortunately it was not the end.

Through social media, I found a way to slowly transition from being fully dependent on rugby.

Ombachi has set standards online for avid foodies.  He posts videos preparing food that you can easily find in your pantry and fridge.

He is also popular among parents who have small children because his recipes are very realistic and doable.

Nagis Abdalah Fateh, 69, a Kenyan who served in the UAE military, was reported missing by the family who recorded a statement prompting police to ...
Crime
1 month ago