5 excuses that men tell when they are caught cheating 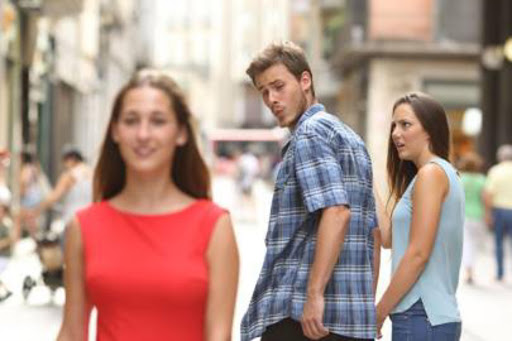 A toast to how men are creative when manufacturing excuses to rationalize their cheating.

Most of the responses are just fear-based duds but I'm particularly impressed by their extent and variety of quick thinking when it comes to justifying cheating.

I'm not one to buy such excuses but sometimes I like to listen just to get entertained.

Take a sip of that drink because these excuses are as hilarious and relatable as your favourite sitcom comedy.

" I cheated on my girl when i found out she had cheated, I didn't know how to respond to that discovery, so I just did what any man would do in my position- give her a taste of her own medicine," said some random guy.

I know the discovery of your partner's infidelity can be devastating and can elicit strong emotions. You might be tempted to seek revenge and do what your partner did, but can this be a justifiable excuse to cheat on your lady? Well, I don't know it is not a prudent idea to revenge, just talk it out.

I didn't expect to be caught

" Why would she go through my phone in the first place?" most men will ask this, in fact, 99% of men.

They say what you don't know won't hurt you. We don't disagree that men deserve a little privacy, but infidelity is sensed right before your partner goes through your phone.

She is snooping because you give her all the reasons to be suspicious. Women sense something is a mess by the emotional distance between the two of you and draw quick conclusions, before you know it, she is snooping on your phone. You can't put the blame on her.

A man will tell you he was not in the right state of mind when that happened. He will legit look into your eyes expecting you to buy all that half-baked excuse, and guess what-we always fall for it.

Honestly, that excuse is cheap though. Up your game, because women are now woke individuals who know when they are being brainwashed.

You don't give me time and attention

I was at brunch with a friend catching up. He had recently broken up with his girlfriend. He was busy narrating what had transpired between them while we waited for our orders.

"My girlfriend only initiates intimacy when she is in the mood. She is ever busy and she never gives me a time of the day, it's her fault I cheated," he complained.

I just sipped on my shake and pretended I didn't hear what he said. If you feel neglected, just talk it out with your partner, stop sugar-coating your promiscuous behaviours

It didn't mean anything to me

"Baby, there was no emotional connection between me and her. It was just sex for me!" your boyfriend once said, huh!

No offense though.It might have been just sex for him but that's still cheating. Do not be fooled sis!

Bien comes clean on how his open marriage works

Sauti Sol's Bien has opened up about the sentiments he made a while ago about being in an open marriage with his wife Chiki Kuruka.
Entertainment
1 week ago