Daughter of woman lynched over 'witchraft' speaks out 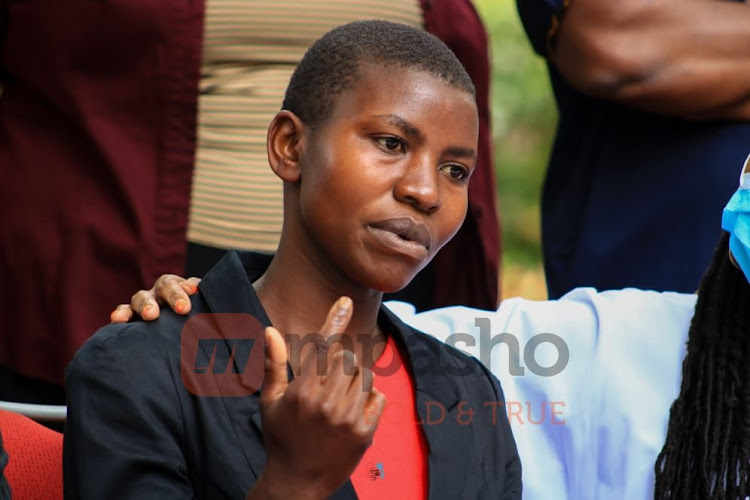 Janet Moraa daughter of the late Jemimah Nyang'ate among the victims lynched on allegations of witchcraft
Image: WILFRED NYANGARESI

Janet Moraa, daughter of Jemimah Nyang’ate, one of the women lynched in Kisii over alleged witchcraft has denied the claims, saying she was killed over land.

Nyang’ate was among four elderly villagers who were executed by a mob in Nyagonyi area on Sunday, over suspicion of abducting a secondary student from his house at night.

While addressing the press on Thursday, at Mayfair Hotel Nairobi, Moraa who was accompanied by activists and a section of women leaders from the Gusii region said her mother was sick and weak, and she was the one who was helping her out.

She noted that she had only discharged her mother from the hospital on Saturday and on Sunday morning area residents came to their home and took the mother claiming that witches had abducted a boy who identified her as one of the abductors.

Moraa added that three days after the mother was lynched, the residents came back removed everything from their house and set it on fire. 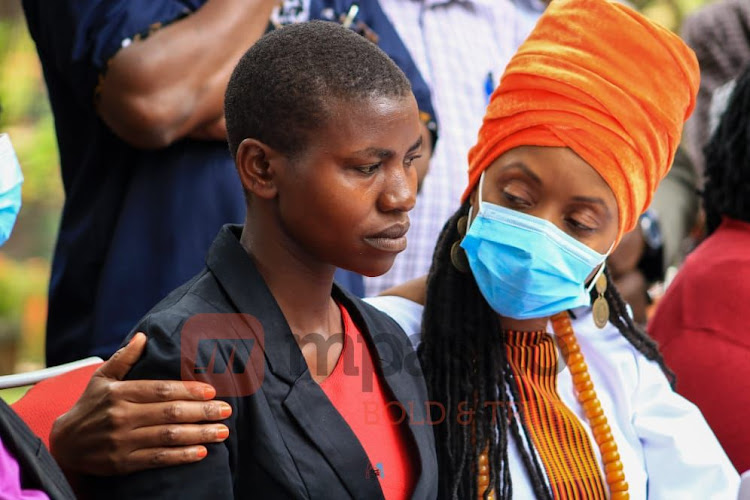 Janet Moraa daughter of the late Jemimah Nyang'ate among the victims lynched on allegations of witchcraft with Kerubo Abuya at Mayfair Hotel Nairobi on Thursday October 21, 2021.
Image: WILFRED NYANGARESI

She alleged her mother had put a caution on a piece of land that had been occupied by a teacher who wanted to grab it without paying the agreed amount.

She said the family can only live at peace if the teacher vacates the land.

Others lynched alongside her mother were; Agnes Ototo, 57, Sigara Onkware, 62, and Sindege Mayaka, 85.

On Monday, activists Lilian Marwa, Esnas Nyaramba, Denis Wendo and Cyrus Ogega said those killed were widows who had nobody to speak for them.

They called on the government to crack down on mobs killing people suspected of witchcraft in Kitutu Chache North, Kisii.

“By Monday evening, at least four suspects had been taken into custody as 11 more accomplices were being sought across the restive villages in the larger Kitutu Chache North sub-county,” County police commander Francis Kooli said.

The suspects -Amos Nyakundi, Chrispine Ogeto, Peter Angwenyi and Ronald Onyonka who were arraigned and charged were detained for 10 days as police conclude investigations.

Witch or not! Lynching of the elderly is a gross violation of human rights

What happened to protecting the vulnerable, caring for them? This old man or woman is either your grandma or grandpa.
Lifestyle
1 month ago

When Musya inquired why he was damaging his crops, Mutinda attacked him with a panga chopping off his index finger and injuring the ring finger.
Crime
1 month ago